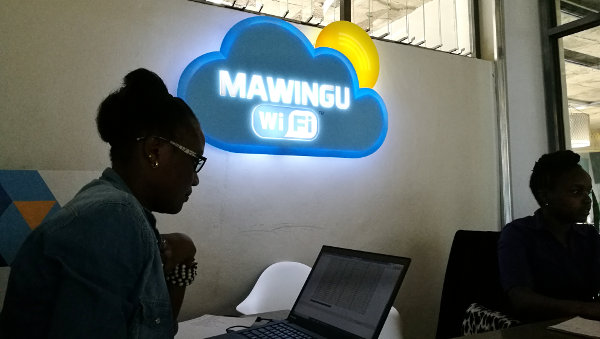 The reception area of Mawingu Networks’ office in Nanyuki, Kenya.

In the town of Nanyuki, on the foothills of Mount Kenya, an innovative company, called Mawingu Networks, is providing internet to businesses and individuals through TV white space technology. Mawingu, which has attracted investment from Microsoft (through its 4Afrika initiative), currently has over 1,000 wifi hotspots, connecting around 600 small businesses and over 11,000 active users to the internet.

In this recorded interview, Jaco Maritz asks Tim Hobbs, director at Mawingu Networks, about the company’s beginnings, the workings of white space technology and how it is competing with other internet service providers.

White space refers to the unused broadcasting frequencies in the wireless spectrum. Television networks leave gaps between channels for buffering purposes, and this space is similar to what is used for 4G and so it can be used to deliver broadband internet. 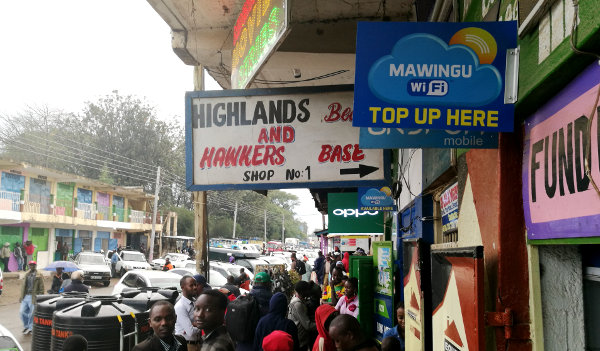 A sign in Nanyuki promoting an outlet from which customers can top up their Mawingu accounts.

Before Mawingu was launched, only 17% of adults and 9% of teenagers in the Nanyuki area were accessing the internet, primarily through their mobile phones or local cyber cafés. On average, these people were spending 19% of their weekly household income on internet-related costs. 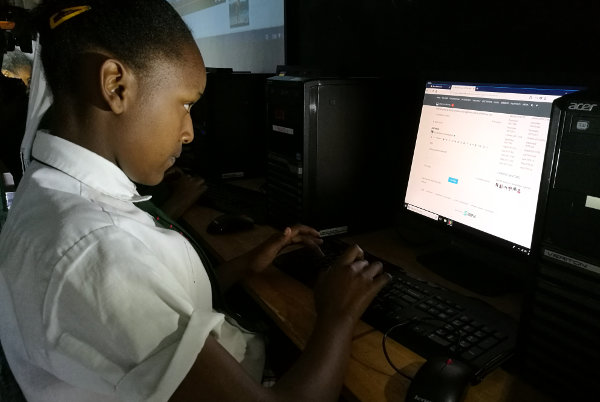 A learner at the Sweetwaters Secondary School, which uses Mawingu to connect to the internet.

With Mawingu, internet access costs as little as Ksh.10 (US$0.10) for 50MB. Mawingu also delivers high-speed wifi to homes and businesses, with speeds ranging from 2MBPS to 30MBPS.

Tim Hobbs speaking to journalists during a recent press event at the company’s offices.

“Having access to the internet and technology is life-changing – and it’s the way to alleviate poverty. People in the area have started having incomes as a result of information obtained from the internet. In a few years, this area will be different from the rest of the country. We will be icons for what’s to come,” commented Benson Maina, a Mawingu agent. 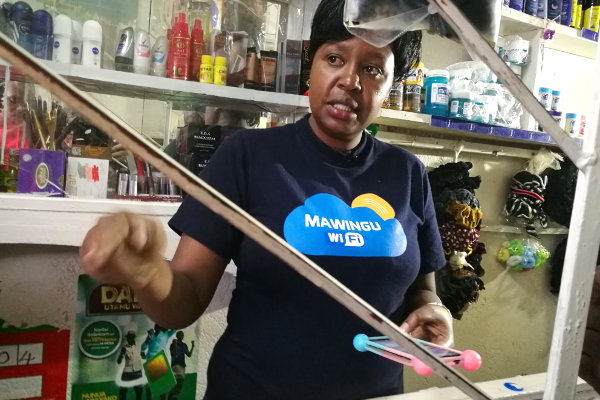 Lidya Kiama, owner of a shop with the name Plan Better in Nanyuki town, is the top-selling merchant of Mawingu’s internet packages.