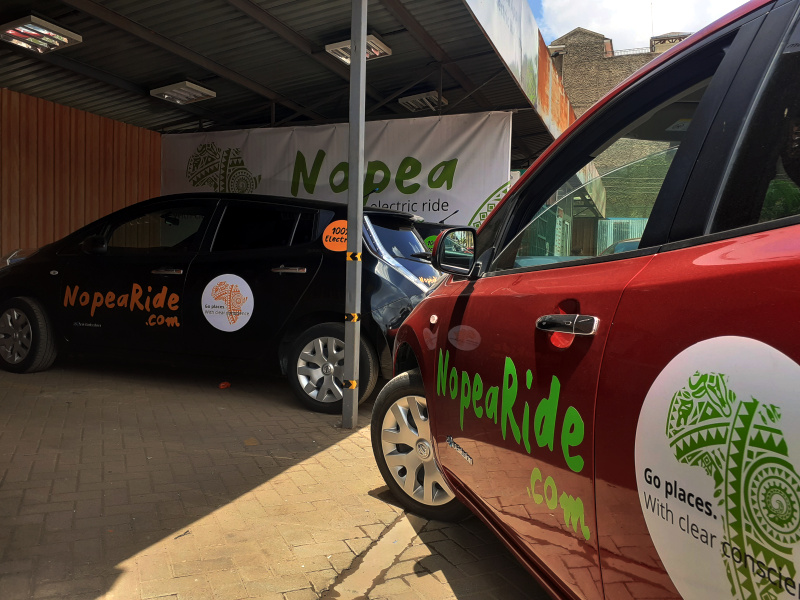 In Finland’s capital Helsinki, users of the EkoRent app can find a vacant electric vehicle in their area, use the app to unlock the car and drive it to their intended destination. Payment for the rental is made via the app.

It’s a successful business for this specific market, established by Juha Suojanen when the megatrend of global warming and environmental concerns encouraged him to make the jump from a telecoms career at Nokia to eco-mobility.

An unexpected move was when Suojanen chose Nairobi, capital city of Kenya, as the first market to expand EkoRent’s eco-mobility services in 2017. He started NopeaRide in Kenya (nopea means ‘fast’ in Finnish), which sets out to solve the problem of air pollution in traffic-congested cities by offering electric vehicle ride-hailing. The service can best be described as Uber but with electric vehicles.

“It is a question I have been asked many times before,” notes Suojanen. “It sounds strange to people and they wonder how you transit from Finland to Kenya; but once you start thinking about it, there are many good reasons.”

Firstly, says Suojanen, Kenyans are already environmentally inclined and early adopters of new technology; or at least, keen to try it. Mobile payments with M-Pesa were a way of life in the country long before similar solutions were adopted in many European countries.

“Also, Nairobi is suffering from heavy air pollution and congestion. NopeaRide therefore is a good fit. Another factor that helped our decision to locate here, is the availability of clean energy,” explains Suojanen. Currently, the majority of the nation’s installed electricity capacity comes from renewable energy sources such as hydro, wind and geothermal.

The inner city’s compact layout also makes the use of electric vehicles viable. “Nairobi is roughly about 30km by 30km. That’s ideal for electric cars. Taxi drivers in Nairobi average between 180km to 200km each day within this area, often burning fuel unnecessarily while stationary in traffic jams,” he adds.

Recently, the company announced an investment of one million euros from InfraCo Africa would push its fleet up to 100 vehicles. Once these are in place, Suojanen reveals it will look at establishing the service in other Kenyan cities and possibly other markets on the continent.

It took Suojanen three years to get the funds together to execute the pilot.

“The Finnish investor market is small and there is also not a lot of knowledge about Africa. Nairobi was an unknown market to them. The equation of a start-up company, plus the relatively novel technology of electric cars along with the choice of market meant it took some time to get the money together.” 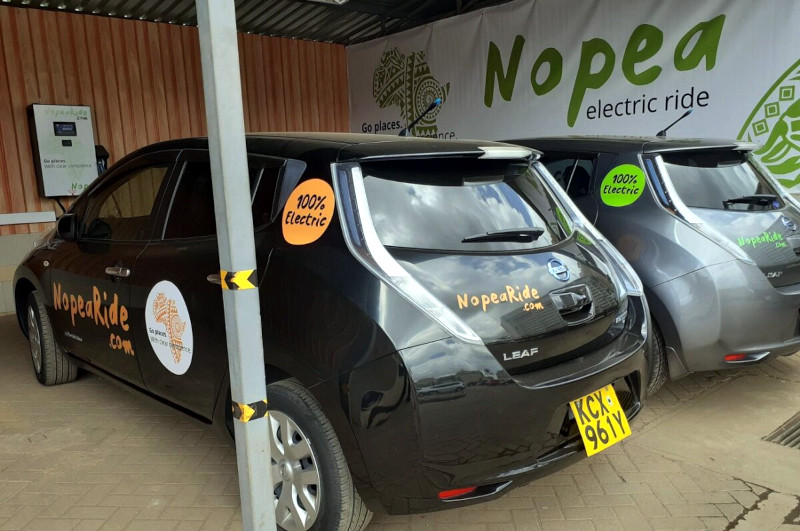 Suojanen discloses that it was bittersweet when the demand for NopeaRide’s service completely outstripped the supply during the pilot and the company’s fleet of three vehicles had to turn down 97% of ride requests.

Even now, with the increased fleet, demand remains well above supply levels.

The seven charging stations for the fleet of Nissan Leafs are at four shopping malls in the city. The majority of the rides take consumers to the shopping facilities and back home. For all future charging infrastructure required for the expanding fleet, Suojanen realises NopeaRide will remain solely responsible for installation. As yet, there is no case for public charging infrastructure in the country.

NopeaRide has thus far managed the maintenance of its fleet in Kenya through a combination of smaller maintenance shops as well as working with Nissan Kenya. “We are in close talks with Nissan about the support of the vehicles,” he says.

Importing the vehicles posed various challenges. Import duties and tariffs by the Kenya Revenue Authority (KRA) is levied on the engine output of vehicles in cubic centimetres (cc). For NopeaRide’s fleet, the KRA had to devise another method. The value of a second-hand Leaf also had to be determined as no new electric vehicles were sold in the country, nor is there a market for second-hand electric vehicles that could be used as an indicator.

“Unfortunately, this has led to the value determined by the authority at almost twice the actual value of the vehicles. We are currently being heavily overtaxed on the cars we import,” explains Suojanen. “We hope this will change gradually as we are signing MOUs with entities such as the University of Nairobi.”

Suojanen admits the eager adoption by the market of NopeaRide’s solution was based, in part, on the novelty of the service and the media attention that came with the launch of the pilot.

However, he believes a more sustainable reason for the high demand is the price point, which is competitive in a fiercely contested ride-hailing market.

Uber in Nairobi offers both uberCHAPCHAP – a lower-cost budget option – and Uber X. NopeaRide is priced between these two services but Suojanen believes the value is much better than with CHAPCHAP. “You are guaranteed a safe, comfortable and silent ride. It is, in my opinion, the best value for money option in the market.”

According to Suojanen, NopeaRide has a waiting list of drivers who want to join as soon as the fleet is expanded. For them, it offers the opportunity to increase their income by between 30% and 50% because the cost of fuel is eliminated from the equation.

The company’s expansion and growth plans were put on hold when traffic volumes dropped overnight by around 60% under Covid-19 lockdown regulations.

With the traffic having again reached levels seen before Covid-19, the time is right for the expansion of the fleet. Suojanen hopes the future will bring more policy changes from lawmakers to support the eco-mobility industry in the country and encourage the adoption of electric vehicles.

“The interest in and acceptance of green technology is in place, the concrete actions from politicians are still lacking,” he says.