South Africa’s First National Bank (FNB) recently started with operations in Tanzania. How we made it in Africa asks Richard Hudson, CEO of FNB Tanzania, about how the bank plans to crack this new market. 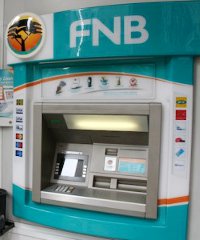 FNB believes it can compete favourably with Tanzania's existing banks.

FNB recently opened its first branch in Dar es Salaam. Will you be targeting the consumer or corporate market?

FNB will not be targeting a particular market segment as we have a variety of products and services, which service all segments of the market. In the short term, however, the quick wins are likely to stem from the commercial and corporate segments but the intention is to service all markets. Within the first two months of operation we intend to have three branches and after the first year the plan is have four branches. Ultimately we plan to have a national footprint across Tanzania. We will also roll out products and services on a phased approach.

What motivated FNB’s decision to establish a business in Tanzania?

One of the FirstRand Group’s strategies is to become more focussed on Africa and Tanzania forms part of this strategy. Notwithstanding this there were many compelling reasons for establishing a presence in Tanzania. It is politically stable, it has a sizable population (a large portion of which is unbanked), the GDP has been growing at consistently high rates over a number of years, inflation appears to be under control, and it has a well established and regulated banking industry.

There are already many banks successfully operating in Tanzania. Will you be looking at luring existing customers from other banks, or targeting the unbanked?

It will be a combination of both. The FNB brand is well recognised across Africa and will attract many customers who are already banking elsewhere. In addition we have a number of products which will be launched on a phased approach which cater for the currently unbanked. FNB services customers across all market segments including all of the mass market, the personal market, the wealth market, small businesses, the commercial segment as well as the corporate and public sector segments. FNB Tanzania is no exception. Whilst we appreciate that a number of banks are already operating successfully in Tanzania we believe that we have a variety of excellent products and services which will compete very favourably with the other banks. We have a proven track record in other countries in the region and believe that we can emulate this success in Tanzania.

Name some of the challenges you foresee in achieving your goals for the Tanzanian market.

We are a new player in Tanzania and the greatest challenge will be to prove ourselves in this market and to win the confidence of customers. Although the brand is fairly well known in Africa, we still have much to do to make the brand known operationally in Tanzania.

FNB has also announced its intentions to enter a number of other African countries. Explain your criteria for entering a new market.

FNB is part of the FirstRand Group and one of the focus areas of the group is to become a more significant player in Africa.  We have a strategy to become a leading financial institution in sub-Saharan Africa. Macro economic and demographic factors in a country are reviewed to determine the country’s stability and potential growth. The country’s banking sector is further analysed to establish if there are opportunities for FNB as part of the FirstRand Group to enter the market. We believe that Tanzania offers good opportunities for us in East Africa.