A Nigerian mobile game developer, Gamsole, is setting a high standard for future African gaming companies. Six months after its induction, in 2012, and under the leadership of CEO Abiola Elijah Olaniran, the company had already amassed an impressive player base of three million. 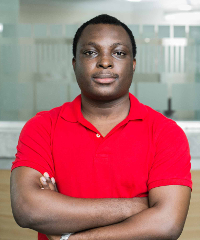 “Different markets require different strategies, and as such it does not make sense to import Silicon Valley or Wall Street wisdom wholesale when doing business in emerging African or Asian markets,” said Abiola Elijah Olaniran, CEO of Gamsole.

Gamsole develops a wide array of entertaining and educational games for Windows Phone and Windows 8, usually around an African theme. In 2014 it was one of five companies to receive a grant from the Microsoft 4Afrika Initiative, and the company is growing quickly. Today over 10 million Gamesole games have already been downloaded.

Olaniran spoke to How we made it in Africa about his journey as a software developer, the primary ingredient for his success, and his entrepreneurial advice for others.

What was the inspiration behind starting Gamsole?

This may sound like your cliché software developer, tech junkie story, but I actually started game development out of curiosity. I say this because my journey into technology only started because I was curious about it. I grew up in Lagos surrounded by all this technology and gadgets, things I kept trying to make sense of. I think my foray into software really started when I began visiting Microsoft for technical insight.

I got involved with Microsoft when a couple of technology evangelists from the company came to my university, and the interactions with them led me to take technology and software programming seriously. In fact to the point that I would go on to represent Nigeria at the Microsoft Imagine Cup in 2010. I participated in and won more competitions after that, but by 2012 I had focused on carving a niche in game development, and the only logical thing to do was to found a gaming company. Thus, Gamsole was born.

How did you finance your start-up? How did you turn your idea into a reality?

After validating my idea by winning the Samsung developer challenge, also in 2010, I decided to focus on developing games for different app stores. During that time, I got the idea to join the 88mph accelerator programme, which provided the seed investment for Gamsole.

What was the tipping point for your company and why do you think it has been this successful?

I think the primary ingredient of our success was having strategic advisers very early on in the company which helped us understand the need for monetisation for each game we developed. We quickly became a sustainable venture, and are now profitable.

Of the games you have developed, which ones have been particularly popular? And why do you think that is?

On average, all our games have similar amounts of attention and downloads, and I believe that’s because we decided to focus on a new, emerging and under-served market at the early stage of the Windows Phone platform’s introduction.

Your most effective marketing tactic so far?

To be honest, we do little to no marketing. Our downloads are mostly as a result of deep platform penetration. Regions where the Windows Phone platform is popular tend to reward us very well.

Drawing from your experience, what steps do you think African companies can take to become global players?

There are a number of local problems that can unlock tremendous value for the ones who solve them, so not every company needs to do this. However, if a start-up happens [to produce] a product whose relevance transcends borders, then they must turn their attention to quality, and work to ensure their offering can at the very least stand toe-to-toe with comparative propositions across the globe.

What is the one thing you wish you knew about entrepreneurship before you got started?

Different markets require different strategies, and as such it does not make sense to import Silicon Valley or Wall Street wisdom wholesale when doing business in emerging African or Asian markets. Entrepreneurial principles are universal, but they need to be utilised in context. I’m glad I learnt that lesson early in my journey.

If you had one piece of advice for entrepreneurs just starting out in Nigeria, what would it be?

Figure out how you’re going to make money from the business before you get started. Even if it requires a bit of runway to achieve profit, ensure there is a viable revenue model underpinning the venture. It is business after all.