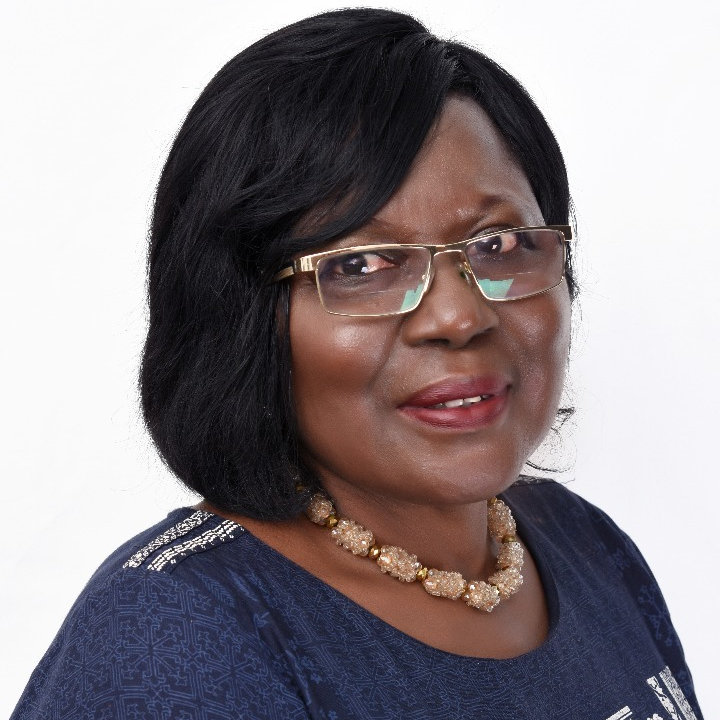 Twenty-eight years ago, Leticia Osafo-Addo returned to her native Ghana after studying as an anaesthetist and critical care therapist in Germany. She never entered the medical field, instead choosing a different path after recognising a gap in the market to commercialise the production of a local pepper sauce: shito. The sauce is used as the main ingredient in many of the country’s popular dishes.

“Students who were travelling to attend school would bring sauce from home. I realised there was an opportunity,” she says.

Her start-up capital for Samba Foods was just US$10 and, using rudimentary equipment – “a tripod, three blocks, a small and medium pot and firewood” – Osafo-Addo produced 10 jars of the pepper sauce to distribute to family and friends. “I wanted them to evaluate the taste, the quality and the presentation. We received very positive recommendations.”

Getting the product onto the shelves of retailers was easier than anticipated. “We approached one of the major retail houses with shops throughout the country. Because of the novelty, they were enthusiastic to stock our product. It was a hit and soon others followed,” recalls Osafo-Addo.

Today, Samba Foods has pivoted its sales strategy to focus on B2B. It provides its products (such as peanut butter, shito pepper sauce and ginger garlic paste) to fast-food chains like KFC and exports to the US. The company is listed on the alternative board of the Ghana Stock Exchange, the Ghana Alternative Market (GAX).

“I must admit that, against global standards, our growth pattern has been painfully slow. However, we have been able to sustain and grow the business from that $10 to where we can now talk about millions. I think that is quite commendable.”

From the outset, Samba Foods made the most of every cent it generated. Early on, a bit of funding from the National Board for Small-Scale Industries was turned into a strong cash-flow position, which led to local banks providing small loans.

When the demand for its product increased and Samba Foods needed a larger, structured loan, Osafo-Addo’s husband provided a building that could be used as collateral. Slowly, the company began procuring the necessary equipment to meet the increasing demand.

For several years, things were progressing nicely. Then some of the major retailers stocking the product closed down but Samba Foods landed a major new client: the Ghana Armed Forces. At the request of the Armed Forces, the company added peanut butter to its product line-up. Various other pastes and condiments followed over the years. However, around the turn of the century, Samba Foods was in trouble as the Armed Forces had not paid for products delivered for almost two years. 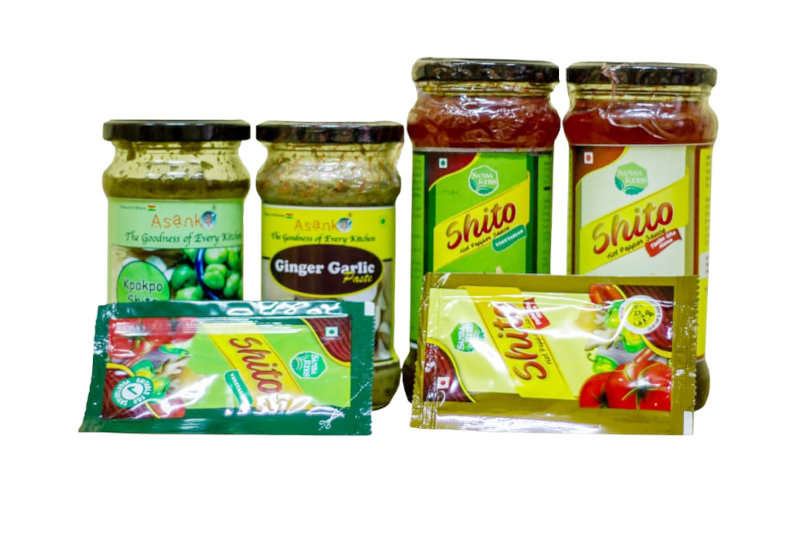 A selection of Samba Foods products.

“It limited our cash flow and we became indebted. Somehow, we were able to pay off the debt and dropped them as a client,” reveals Osafo-Addo.

She acknowledges that the company had to rethink its target customers. With its biggest brick-and-mortar retailer clients closing down, Samba Foods turned its attention to the B2B market.

By 2015, the company’s market had grown substantially and it was once again looking for finance to enable further growth. This time it went to the public by listing on the GAX.

There were some considerations before Samba Foods decided on the listing. The first was establishing a succession plan. “There are virtually no second-generation local companies in Ghana. Once the founder leaves, it is as if the company dies with them,” she says. “Going public and including others in the management of the company means a CEO will be appointed if I am not around.”

The second consideration was the type of finance a listing would bring. Raising funds by offering shares to the public meant Samba Foods would be accountable. It would have to work hard to pay dividends but it would not be tied to short-term loans at high interest rates. “It is better to own a piece of a bigger pie than to own an entire small pie,” adds Osafo-Addo.

She regards the level of compliance that comes with a listing as a benefit. “It gives you some blue-chip attributes as there are many requirements you have to pass first. You are taken seriously.”

Competition and the future

While product acceptance and demand were almost immediate because Samba Foods was the first processing company to commercialise the shito sauce, competitors soon entered the fray.

“With our instant success, everyone in Ghana started making shito. I used to say even babies started making shito,” quips Osafo-Addo. “Yet, we have been able to weather the storm despite the competition. Many competitors disappeared along the journey.”

Samba Foods already exports to the US and, in January 2021, its products gained entry into the Canadian market.

According to Osafo-Addo, a trend in the food industry that bodes well for the company is increased urbanisation and the rise in demand for convenience and fast food. “More women are going out to work and they have very little time to cook. Influences from international cuisines are also driving interest in fast food and eating out. This is a wonderful opportunity for us. It fuels our desire to grow even more.”

The company has procured industrial land to establish a new processing facility to move its operations from the current location, which it rents in Tema. It has applied for funding from a government agency to be able to erect the building on the land. Plan B, however, is to go back to the market to issue more shares. “We have a shareholder who is ready to offer some space if these options don’t work out. Hopefully in the next few weeks, we will move in a direction.”

Expansion into the rest of Africa has not yet happened but it is on the horizon in the long term. “The market network in the sub-region is not developed. You cannot quickly take your product to Togo, for example. Payments and port tariffs become an issue. Once we increase our production levels, we will look at the regional West African trading bloc, ECOWAS and then the wider African market,” she says.