Africa has its own idiosyncrasies and business people need to understand the environment, says Christo Wiese, chairman of South Africa-based Shoprite Holdings. 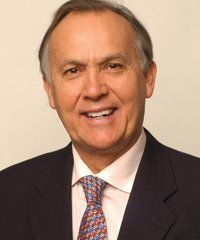 “You need to get in tune with the rhythms of Africa,” Wiese wrote in an article for Ernst & Young’s 2011 Africa attractiveness survey.

The Shoprite group of companies is Africa’s largest supermarket group, operating in 16 countries across the continent and the Indian Ocean Islands.

Wiese says that one of the most important skills investors in Africa should have is to be able to identify the opportunities. “It’s like that old story about the shoe salesman who goes to Africa and concludes there can’t be a market because nobody wears shoes. But another salesman concludes that it must be a wonderful market because there are so many people who need shoes. It all depends on how you look at it,” he explains.

He, however, acknowledges that Africa is not an easy place to do business and that the continent faces great challenges in terms of infrastructure.

Acquiring land in Africa can also be frustrating. “There is a lack of proper title deeds and it can take years to get control of land.”

Wiese says that many people don’t realise how big Africa is. “It has nearly double the number of cities with populations of over a million people than the USA. Its landmass could incorporate the USA, China, India, and still have room for Argentina,” he notes.

While there is still a “closed mentality” in some countries, the situation is improving. He says that Nigeria’s decision to lift a ban on imported textiles is one such positive development. Nigeria originally imposed the ban in 2003 to stimulate domestic production. This, however, only led to the smuggling of cheap clothing from Asia. Local manufacturers have also struggled because the country’s poor power supply forces them to run their operations on expensive generators.

Wiese writes that he is positive about investment in the continent. “Africa has a wonderful climate, wonderful people and amazing possibilities.”

According to Wiese, there is a perception gap about Africa, which is the reason why the continent has not received its fair slice of the investment pie.

Although Africa has problems, he feels that people often focus too much on the negative. “In South Africa, prior to former president Nelson Mandela’s release from jail, people said there was going to be a revolution, but there wasn’t. Then they said, ‘Well yes, but after Mandela goes, what then?’ What happened was that the economy just got stronger. Then people said, ‘Well, what will happen after President Thabo Mbeki goes?’ What happened was that another president came, and he will be followed by another. Through it all, the economy has gradually improved,” he notes.