“Entrepreneurship plays a vital role in addressing unemployment among the youth in Togo. Despite economic progress in recent years, many people still don’t have economic opportunities.” 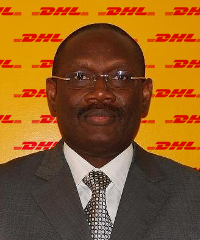 So says Bob Komi Azomedon, country manager of DHL Express in Togo. His comments are in response to a recent announcement that a Togolese entrepreneur had won the business potential category of the Innovation Prize for Africa, an award focused on building the continent’s capacity by investing in home-grown innovation.

Logou Minsob was recognised for his Foufoumix food processing machine that makes the preparation of fufu, a popular West African dish, much easier.

Fufu is made from starchy food crops such as cassava and plantain. It is eaten by taking a small ball of it in one’s fingers and then dipping into an accompanying soup or sauce.

However, the traditional way of preparing fufu is a very time-consuming and labour-intensive process. First the cassava and plantain tubers need to be boiled. The starch is then continuously pounded in a mortar with a pestle until the right consistency is reached. In between blows from the pestle, the mixture is turned by hand and water gradually added.

The Foufoumix makes this whole process effortless. Users simply pour the boiled tubers into the machine that then processes it into the right consistency within five to eight minutes. The company has both professional and household models available.

Although there are other fufu machines on the market, Minsob says his invention uses advanced technology and is more resilient.

The company already employs 19 people, and has started looking at opportunities to export the machine to other countries within West Africa where fufu is also widely eaten.

He says the prize, which comes with a US$25,000 cheque, is proof that Togolese entrepreneurs can “respond to African needs with technological solutions”.

“The Foufoumix is a remarkable innovation, and I hope other budding entrepreneurs in Togo are inspired by Logou Minsob’s achievements,” says Azomedon. “Togo’s economy is rapidly growing, and entrepreneurs should look at ways to convert this growth into business success.”

Azomedon says entrepreneurs in Togo, and the rest of the continent, should actively pursue opportunities to export their products regionally and internationally. A recent study by DHL shows that internationally-focused SMEs are twice as likely to be successful as those only operating domestically.

“At DHL we see significant potential to help businesses in Africa extend their reach beyond their home markets. The internet is making it much easier for SMEs to market their products to a wider customer base. It is for this reason that DHL has increased its number of retail points in sub-Saharan Africa to over 2,600. We are also assisting SMEs with the paperwork and know-how to export their products,” says Azomedon.

He notes that Togo’s capital Lomé is an important commerce hub in West Africa, catering for traders from across the region. This puts business people in Togo in a unique position to grow their market share throughout West Africa.