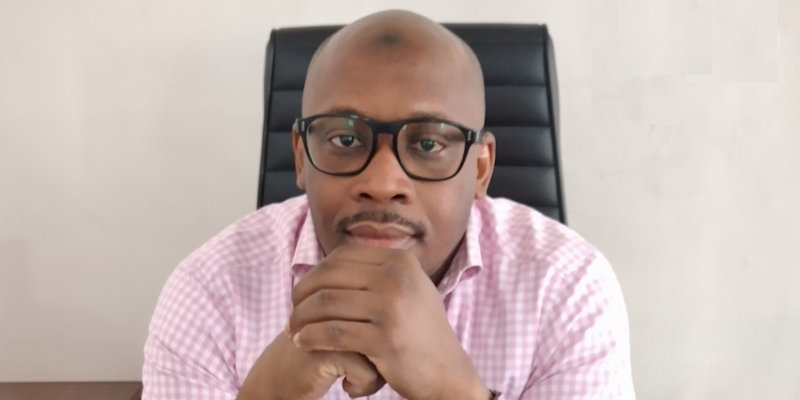 Simballa Sylla has many titles and job descriptions. The Malian entrepreneur and businessman is CEO of Omnium Mali (battery manufacturing), deputy managing director of Omnium Invest (investment and holding company), the CEO of Mali Shi (agro-processor of shea butter from nuts of the shea tree), CEO of Energy + (solar lamps and home kits) and the president of the Global Shea Alliance (GSA).

“I have started joking with our team that they have to call me Mr President now,” he says of being elected president of the GSA in June 2020.

From his very first job in the US as an employee of a three-in-one fast food outlet that sold Taco Bell, KFC and Pizza Hut fare from one counter, Sylla has been comfortable handling more than one project at a time.

A big focus for 2020 is getting the Mali Shi shea processing plant up and running. Construction started in July 2019 but there have been some delays due to the impact of Covid-19. The company had to wait to take delivery of some imported equipment for the plant. Some of the team of engineers involved in the construction also remain stuck in India as they can’t travel to Mali.

“Crossing fingers, we will start with processing and production at the beginning of August,” says Sylla. The International Finance Corporation (IFC) provided funding of € 2.5 million for the plant and once up and running, it will be the only active modern shea butter processing facility in Mali.

According to the IFC, the plant will increase incomes and market access for about 120,000 shea kernel producers in Mali. The factory will also help develop a shea processing industry capable of producing and exporting shea butter.

From batteries to shea butter

Sylla completed high school in Côte d’Ivoire. He returned home to Mali in 1997 but after a year at university departed for the US where he attended a community college and then – armed with a scholarship – completed his engineering degree in computer studies at the University of Texas. A postgraduate master’s degree at Université Paris-Dauphine followed, before he returned home in 2007.

A month after arriving back, his brother informed him that a family friend, Karim Ghammache, then CEO of Omnium Mali, wanted to talk to him about a job opportunity. A strange interview took place where Ghammache asked him what he wanted to do, learnt that Sylla was not interested in finance, and told him he was out of luck because he was being appointed as CFO.

“Karim is a bit crazy. I tell him if I were him, I would never have hired someone like me. This is a discussion that we are having all the time,” Sylla laughs.

A few years down the line, he was promoted to deputy CEO of Omnium Mali and around two years later, to CEO. The company, founded in 1996, still manufactures D, AA and AAA batteries under the brand name MASA+ for the local market. It operates a manufacturing facility in Koulikoro, about 50km from the capital Bamako.

However, says Sylla, the Omnium Mali team realised trends were pointing towards the decline of the battery manufacturing business. Mobile phones were becoming radios, music players and torches – the items most Malians were using batteries for – and solar power options were becoming more accessible.

The possibilities of shea

According to Sylla, when most people think about shea, they think about cosmetics. “However, only 10% of the volume of shea production is for cosmetics. About 90% goes into food,” he explains. “Of that percentage, a very big chunk goes into the production of chocolate.” This is because companies use shea butter to produce cocoa butter equivalent (CBE). CBE can be mixed with cocoa butter, up to a certain percentage, and the manufacturer is still allowed to call the end product chocolate. For the European Union, this percentage is 5%.

The Global Shea Alliance, now with Sylla at the helm, is working on obtaining similar regulatory approvals for the mixing of CBE with cocoa butter in the US market.

“Also, since 2014, there are at least 1,000 new products that have shea as an input product in their composition. The number of products that use shea is growing at 6% to 10% every year.”

The plant will have the capacity to process 30,000 tonnes of shea nut per year, producing around 14,000 tonnes of shea butter. Any agro-waste from the nuts will be used to produce briquettes for energy production in the factory itself and to distribute to the women collectors who are Mali Shi’s main source of shea nuts.

Sylla says one of the challenges was procuring enough shea nut to make processing viable. In 2018, Mali Shi launched a campaign to procure 200 tonnes of shea nut for a client.

“We started working with the middlemen and the women cooperatives but at the end of the campaign, we could only get 50 tonnes. It was bad,” he recalls. “However, we learnt from that failure. We immediately started working more closely with the women cooperatives. We went to the villages to talk with them, creating our own network and links. From the 2019 campaign, we managed to get 4,000 tonnes of nut, which we have stored for the beginning of production. The new campaign for 2020 is aiming for between 10,000 and 15,000 tonnes.”

Challenges of doing business in Mali

Sylla admits there are challenges to doing business in the country.

Finding finance is tricky, even for seasoned businesses. “We managed to secure financing from one bank but this was after speaking to five banks in Mali. Then we also secured financing from the IFC but the banks are very reluctant to finance big industrial projects or agribusiness projects.” A further $1 million was raised from Eco Dev, a development impact fund.

The country is also currently facing serious security issues. Over the last few years, terrorist attacks on the public and the Malian army have become increasingly prevalent. Sylla, however, believes business can continue even with security concerns in the north and central parts of Mali. “At the very height of the security issues in Mali, all of the big international companies were still conducting business. Of course, there are some areas where you have to be careful or where you shouldn’t go, but business is still possible,” he says.

[June 2020] Zimbabwe-based entrepreneur wants to create a global market for baobab products
[June 2020] How Ghana’s Catherine Krobo Edusei capitalised on demand for high-end fresh produce
[June 2020] Figuring out how to produce tomato paste in Nigeria: The story of Tomato Jos
[May 2020] Spotting opportunities in Ethiopia: The story of serial entrepreneur Addis Alemayehou
[May 2020] How Kenya’s Wandia Gichuru has tackled the business of fashion