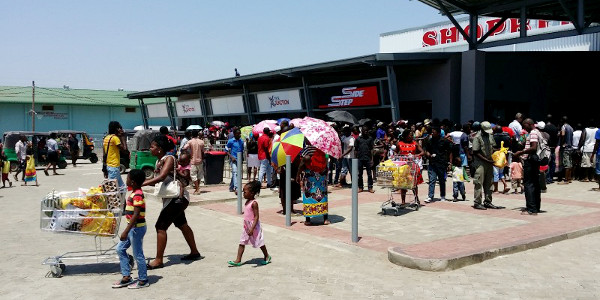 A recently-opened shopping mall in Tete, Mozambique, anchored by Shoprite.

A study on African merger and acquisition (M&A) deals by PwC’s strategy consulting arm, Strategy&, revealed 66% of business expansions into Africa resulted in negative shareholder returns. The results suggest that companies need to go beyond simply identifying potential revenue streams and rather pursue growth that builds on their existing capabilities.

“This will create more shareholder value than seeking out markets purely based on their intrinsic attractiveness,” states a white paper titled Strategy that works in Africa.

There are a number of ways that Strategy& suggests companies can focus on aligning their African expansion efforts with value proposition. And they have provided five examples of companies who have successfully achieved this.

Companies need to identify what they do best and why this matters. This ‘company identity’ will require some reflection but, once understood, companies should then only look to compete in markets where their identity and distinct capabilities give them an edge over competition.

RCL Foods, a South African poultry producer, is one example of a company with a clear identity that has been used to direct its African strategy. It has identified its cold-chain distribution subsidiary company, Vector Logistics, as what sets it apart and has acquired local product manufacturing and distribution networks that will benefit this type of distribution.

“According to Pierre Rossouw, group Africa development manager, this approach has the additional benefit of ensuring the largest possible market for RCL’s products and operational economies of scale from the first day of manufacturing,” stated Strategy&’s research.

“It is common for companies to identify places to play without necessarily having the capability to win there.”

Strategy& added that companies need to create a “blueprint of its capabilities” in order to achieve its committed identity.

In addition to defining their distinctive capabilities, companies must also identify potential areas where they may lack the capabilities needed specifically for its African expansion strategy.

South African financial services group Sanlam is one company that has done this well. The report highlighted how it has delivered “significant shareholder value” over the last 10-15 years through its expansion into the rest of the continent.

“It has supported this expansion by accessing capabilities from the group in the areas of personal finance, capital markets investment and general insurance, providing the skills needed to move into Africa’s other emerging economies.”

The report added Sanlam aims to achieve its targeted identity by focusing its attention on its distinctive technical capabilities and looking for local partners to fill potential capability gaps in targeted African markets – such as customer insight in specific countries.

“According to Heinie Werth, CEO of Sanlam Emerging Markets, the firm targets markets where it can deploy its technical capabilities, such as pricing and risk management, claims management, reinsurance and capital management, to add significant value. At the same time, he stresses that flexibility and sensitivity to local context are central to Sanlam’s success.”

While most business leaders understand the power of company culture, many are unclear how to harness it.
According to Strategy&, a company’s culture should “reinforce the distinctive capabilities and strengths that differentiate it from the competition”.

These capabilities are put into action by local human capital. However, it can be especially challenging in Africa to instil a consistent culture across all markets, as many have shortages in skilled and experienced employees. Companies should therefore look at developing their own talent – especially locally as expatriates are not always financially sustainable or positively viewed by African governments.

Pick n Pay, a South African grocer, provides a good example of a company that has built a strong localised pool of talent that shares a common culture. To do this it has been investing in on-the-ground training and bringing local staff to its home office to improve understanding of company culture.

Cut costs and invest where it counts like Safaricom

Successful businesses invest heavily in supporting their value proposition and executing strategy, but cut costs on everything else. And in African markets with a growing aspirational consumer class, customers are demanding premium products and services that are delivered at low cost.

“The widely publicised success of Kenya’s Safaricom provides a powerful example of how increased investment into its core capabilities of technological innovation (the M-Pesa mobile money proposition) and cost leadership through its value chain (a low-cost distribution network) have been used to dominate an aspirational middle-income market,” stated Strategy&.

Retail chain Shoprite has been able to shape its own destiny in African markets through its infrastructure investment strategy. The group has often built its own shopping centres to house its stores as a way of combating a lack of quality formal retail infrastructure. To achieve this, the retailer had to acquire completely new capabilities around real estate development.

“By doing so, Shoprite has shaped the retail distribution landscape of low-income markets by bringing modern business structures and formats to areas where this was not previously possible,” adds the report.