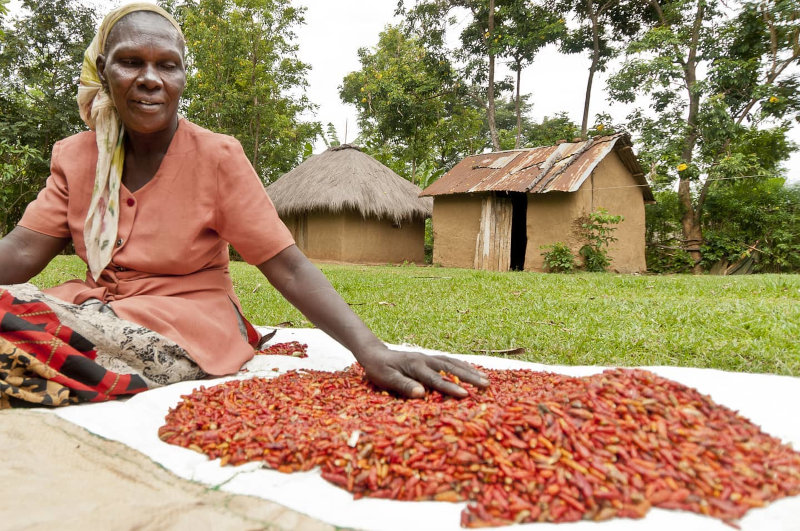 In 2002, at the age of 25, Margaret Komen landed her first export client for African bird’s eye chilli powder from Kenya.

What makes this feat remarkable is, at the time, Komen did not have a registered company for the planned export. Nor did she know where she was going to secure the chillies required to produce the powder. She also had no start-up capital, no processing facility, and no experience as a business owner.

“I literally, really, had nothing. On the customer end, everything seemed all tied up but on the ground here in Kenya, nothing was in place. The story of Mace Foods’ origins is a combination of passion and good luck,” she says.

That first customer was a contact she had made at the Anuga food and beverage trade fair in Cologne, Germany in 2001. Komen had obtained a diploma in food science and technology in Kenya and a bachelor of science degree in food science and nutrition in Germany. She visited the fair while in the country for an internship at a spice factory. At the Kenyan stall, Komen grabbed the opportunity to gather information on the type of products potential buyers were interested in.

“I was surprised at the number of enquiries about chillies. In that year, chillies from India, the biggest exporter to Europe, were banned because carcinogenic dyes had been found in the shipments. With a complete ban in place, buyers were looking for alternative sources,” she remembers. 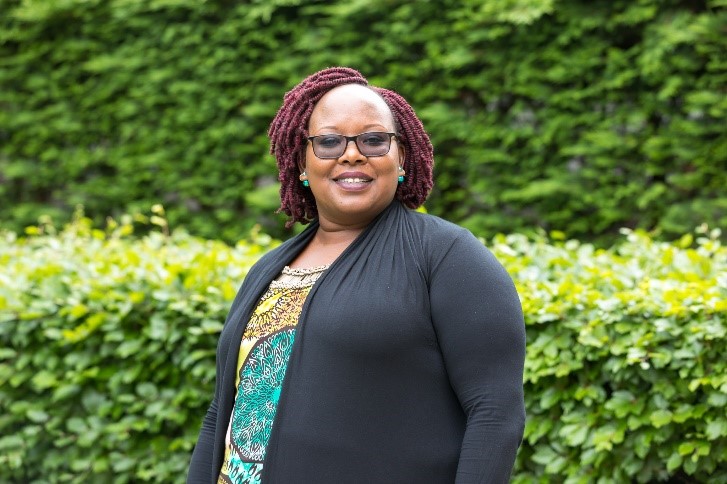 Komen decided she would capitalise on this gap in the chilli market.

Chilli can be processed into powder, flakes, paste and seeds. In addition, there are several applications for chilli extracts in the food and pharmaceutical industries. Oleoresin (the chilli oil) is used when fortifying food or supplement products with additional minerals and vitamins. Capsaicin is an ingredient in treatments for pain relief, skin ailments and nervous system disorders. Chilli powder is also gaining popularity as a stable natural colourant in skin products.

A scramble to set up

When Komen landed back on Kenyan soil at the end of 2001, there was a lot of groundwork to be done. That first potential customer had asked for a sample of chilli powder to be sent back to Germany, whereafter he would confirm the order. Komen headed to Malaba, western Kenya, where some growers were cultivating chillies. She was not deterred when the farmers told her their harvests were already committed to a company producing chilli sauce in Nairobi. She managed to purchase a small bag of chillies and went back home, milling them in a kitchen blender one night to send off to the client. “I received a warning from my landlord for that,” she laughs. “The whole neighbourhood was pungent with the powder.”

The customer approved the sample and asked for the pricing for one container.

Komen reached out to the family who had hosted her in Germany: Cesare Aspes had a PhD in economics and was willing to assist with advice on pricing models. Taking a shot in the dark, Komen sent a quote to the buyer and the order was confirmed.

Next, she had to register the company and find machinery to process the chillies; the source of which remained uncertain. Komen borrowed 20,000 Kenyan shillings from her father ($185 at the current exchange rates), which barely covered the registration fee, the lawyer’s bill and one small milling machine that could manage three kilograms per hour.

Mace Foods wasn’t an immediate success. After six months, Komen had to admit to the client she was not going to be able to fulfil the order. With only 3,000 kg of processed chilli powder, there was no way she was going to reach the 14,000 kg required for a full container. Fortunately, the customer agreed to accept the smaller consignment. “It was a very steep learning curve for me,” recalls Komen.

With additional orders coming in, Komen sat down with her family as well as the Aspes family to formalise the shareholding of the business; each family contributed 1 million shillings and took ownership of 50% of the shares. Thereafter, the company approached a local bank for a loan to procure the required machinery and office equipment. 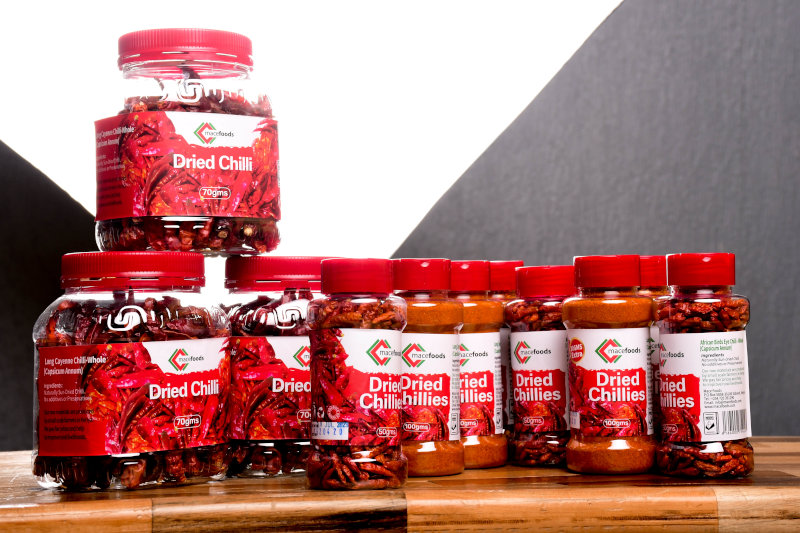 Slowly, Mace Foods began to grow. A year later, however, this growth halted abruptly. Not a single export sale was concluded in 2004 as Komen and the Mace Foods team could not secure supply from existing chilli growers.

This challenge of supply has necessitated a strong sourcing strategy from Komen and the team over the years.

“In the beginning, we thought the best way was to convince the farmers surrounding Eldoret – a town in western Kenya where we rented our processing facility – to change to chilli as a cash crop.” The approach was not successful as the maize farmers were reluctant to move to the manual farming approach required for chillies.

Mace Foods turned to other regions and today has a three-tier sourcing strategy. It has approximately 25 medium- to large-scale farmers who supply to it. These farms are all 10 hectares or larger, with high technology infrastructure and water-harvesting systems. This negates the impact of changing weather patterns. The company also procures from 1,385 small-scale farmers who have one to five hectares of land under cultivation. In addition, it sources chillies from five different co-operatives within Kenya, Uganda and Tanzania.

There were specific points that Komen can highlight as pivotal to the company’s growth. The first was Mace Foods’ participation in a major USAID programme – the Kenyan Horticultural Development Programme – in 2005. The company applied and received a technical support grant of $330,000.

“USAID worked with us for four years, helping to establish our supply chain and assisting with backward integration. We put systems of recruitment in place for the farmers, training programmes for our suppliers, and processes to ensure the best quality. We moved from minimal production to around 80 metric tonnes of chillies per annum. It boosted our turnover from $20,000 to $250,000 per year.”

In 2008, another grant opportunity came along from the International Trade Centre in Geneva. This enabled Mace Foods to establish lean manufacturing with limited waste and lower costs at its leased processing facility.

Over time, the company has become a major player with clients in Spain, Italy, the UK, Germany, Portugal, the Netherlands and South Korea. It currently exports five varieties of dried chilli in bulk to pharmaceutical and food industry clients in Europe and Southeast Asia, and leafy vegetables to the US. As the impact of Covid-19 has complicated exports, it placed a renewed emphasis on the domestic market and local sales now account for close to 44% of revenue.

The capital received last year from a new funder, Kenya Climate Ventures, helped Mace Foods to move into its own processing facility. It is now looking for funding to establish nuclear farms to ensure stable supply to expand into the extraction of the oleoresin and capsaicin within the next two years. “We would like to be the first company to add that value in Kenya,” says Komen.