The oil and gas industry has transformed the economy of Equatorial Guinea, a small Central African country with a population of less than 1m people. Oil was discovered in the mid-nineties, and since then Equatorial Guinea has transformed itself from a mainly agricultural economy into sub-Saharan Africa’s third largest crude oil producer, behind Nigeria and Angola. 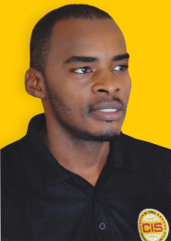 “With its huge oil and gas reserves, we are seeing many foreign investors coming into the country,” says Amedee Assomo, manager of DHL Express in Equatorial Guinea.

He says the construction sector, dominated by Chinese companies, is also seeing significant activity. “One of the biggest misconceptions about Equatorial Guinea is that the country has no infrastructure. First time visitors will be surprised when they see the many paved roads and construction projects going on.”

According to the African Economic Outlook report, oil income has helped to improve basic infrastructure such as roads, schools, hospitals and social housing.

Currently the oil and construction industries account for most of DHL’s business in the country.

One of Equatorial Guinea’s most high-profile infrastructure projects is deep in the rainforest where a new capital city, named Oyala, is being built. Like Brazil’s capital Brasília or Nigeria’s seat of government Abuja, Oyala is a planned city being built entirely from scratch.

The project is creating significant opportunities for construction companies and building material suppliers.

Oyala will replace the current capital of Malabo, which is situated on the island of Bioko off the coast from the mainland.

Oyala will feature government administration buildings, a university, a five-star hotel and a conference centre. New highways have already been built in the city that is expected to eventually house 200,000 people.

Assomo says there are considerable opportunities for further investment in the agricultural sector. Crops cultivated in Equatorial Guinea include cocoa, cassava and bananas but the country still imports large amounts of food, much of which can be produced locally.

He notes that due to the oil boom, Equatorial Guinea is generally an expensive country and can be compared to Angola’s capital Luanda, which has been named one of the world’s most expensive cities for expatriates.

Major hotel chains with a presence in Malabo include Hilton, Ibis and Sofitel.

Assomo advises foreigners visiting Equatorial Guinea to ensure they have an official invitation before entering the country.

Foreign-owned companies should also ensure they have local people in management positions. “Officials appreciate it when they see that there is somebody local high up in a company,” notes Assomo.

He says companies should also go out of their way to implement social responsibility initiatives, as the country expects foreign firms to contribute to the future prosperity of Equatorial Guinea.

Businesspeople visiting Equatorial Guinea shouldn’t forget to take time out to explore the country’s natural beauty. According to Assomo, the volcanic island of Annobón and the lush rainforests on the mainland are must-see attractions.