Egypt‘s manufacturing sector has the capability to compete head-on with Chinese companies, both in terms of price and quality. 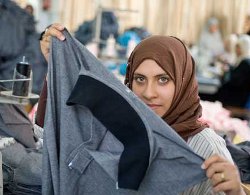 “Egypt is a relatively unique market in Africa because it has both a very exciting domestic growth story as well as a very strong export sector,” says Horne.

“They are not an oil exporter, but they have oil and associated gas. The country has enough oil to cater for its own use, and the gas is put to good use as a cheap energy source for various large industries.”

He adds that the combination of inexpensive energy, cheap labour and proximity to European markets make Egyptian firms very competitive.

Investec’s Pan Africa Fund invests mainly in equities listed on stock exchanges across Africa. On 30 June the fund had a 22.3% exposure to Egypt.

According to Horne, Egypt has introduced significant reforms that are having a positive impact on the economy.

“You’ve got a country that was socialist post the revolution in the late 1950s, right up to the 1990s. Since then the economic attitude has become a lot more capitalist. They’ve opened-up the economy, floated the Egyptian pound, and there are huge reform initiatives in just about every field that you can imagine.

“This has led to a much more vibrant economy, tremendous economic growth since 2003 and the emergence of a middle class. Egypt, however, still has far too many poor people but they certainly seem to be making very good progress,” he notes.

In addition to export-orientated businesses, the Pan Africa Fund is also invested in Egypt’s domestically focused companies. “The additional buying power that’s coming from the emerging middle class is what creates the opportunity for domestic businesses,” explains Horne.