Only half of multinational companies have policies in place to deal with pandemics such as the recent Ebola outbreak in West Africa, according to a new survey by ECA International. 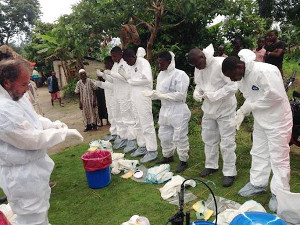 ECA spoke to 189 companies, of which about 50 have staff in West Africa. Some 74% of respondents with operations in West Africa said they are monitoring the situation but have not yet taken any action. Almost 20% were restricting movement in and out of the region, and 23% within the region.

According to the World Health Organisation (WHO) there have been over 1,000 deaths from the recent Ebola outbreak. The four affected countries are Guinea, Liberia, Nigeria and Sierra Leone.

The virus is transmitted through blood and other bodily fluids. Up to 90% of Ebola infections are fatal.

The survey was conducted between 30 July and 6 August, and ECA says it is likely that over the past week some of these companies have stepped up their measures.

Despite the WHO’s position that the risk of transmission of Ebola during air travel remains low, some airlines – including British Airways, Emirates and Arik Air – have cancelled flights to Ebola-affected countries.

Mining company Randgold Resources, with operations in Côte d’Ivoire, Senegal and Mali, said last week that while its mines are not close to any Ebola areas, it had embarked on an awareness campaign about the disease for all its workers. Employees had been advised not to travel to the affected areas and contractors had been instructed not to bring any workers from these areas onto the company’s sites.

Gold producer AngloGold Ashanti says no Ebola cases have been reported at any of its sites in West Africa, but it is taking precautions with regard to hygiene. “We have also restricted travel to and from site and we continue to collaborate with relevant government agencies and relief organisations to closely monitor the situation,” says the company’s spokesperson Chris Nthite.

ECA’s research found that for companies that do have pandemic policies in place, two of the most common measures are the provision of a safe working environment (83%) and a business continuity plan should staff no longer be able to travel to work (78%). The majority also indicated they would return expatriate staff if possible.

Andrew Shaw, managing direct of ECA, notes it is surprising that only half of the companies are prepared for pandemics.

“With cross-border travelling increasing the potential for transmission around the world, multinational organisations have a responsibility to be prepared for such events and every good business continuity plan should have measures in place to deal with this kind of risk,” he says.