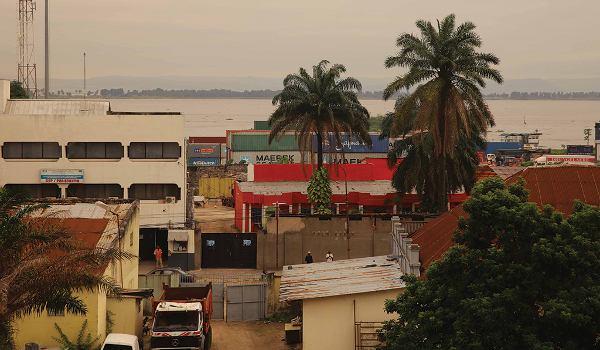 Most news headlines from the Democratic Republic of the Congo (DRC) have one thing in common – their focus on conflict, particularly in the eastern part of the country. True, conflict is not new in the DRC, which has seen outbreaks in one form or another over the past three decades.

Of late, however, worries are mounting over presidential elections slated for November this year. President Joseph Kabila, in power since 2001, is bound by term limits to step down after having won elections in 2006 and 2011. His one-time ally now turned rival, former governor Moïse Katumbi, has declared his intention to run for the presidency, a decision that has not gone down well with some of President Kabila’s allies who would like to see him run for a third term.

At the same time, the sentencing of Jean-Pierre Bemba, a former Congolese militia commander, last month, by The Hague-based International Criminal Court, for war crimes and crimes against humanity was a reminder of the most tragic episodes of the violent conflicts – use of child soldiers, sexual exploitation, rape and pillaging – that have marred the DRC and parts of the African Great Lakes region over the last two decades.

Yet beyond the troubling media headlines and the reminders of a bloody past, the country’s economy is performing almost unscathed. Except for a slump in 2009, when the economy grew by only 2.8%, economic growth has averaged 7.7% over the last five years. According to the World Bank, this is “well above the average in sub-Saharan Africa”. Economic growth in 2016 is expected to rise to 8%, which will make DRC’s one of the fastest-growing economies in the world.

The DRC may not be the most developed country in the Great Lakes region, but its vast and varied mineral resources present huge development potential. The country is a major supplier of cobalt, copper, diamonds, coltan and tin to global markets.

While minerals like copper, diamonds and tin are well known to the general public, it may not be the case with cobalt and coltan. Yet fights over access to these important resources have been one of the causes of the long and simmering instability in the DRC.

Cobalt is used to make magnets and turbines – jet or gas turbines – because of its resistance to high temperatures. According to 2013 US Geological Survey figures, the DRC supplied 48% of global cobalt and has about 47% of the world’s cobalt reserves.

Coltan, a contraction of columbite tantalum, is used in portable devices like mobile phones and surgical implants because of its high resistance to corrosion. It is also used in laptops, pagers and all other electronic devices fitted with miniature circuit boards. At a relatively high price of US$200 per kilogramme, the country supplies 17% of global needs, amidst constantly high demand from electronics manufacturers.

In spite of weakening global economic growth and a decline in both demand and price for minerals, DRC’s economy is expected to remain resilient, according to the World Bank, because of the increase in public and private investments, particularly in infrastructure, that have accompanied the recent mineral boom. The annual average foreign direct investment in the DRC is about $2.07bn, although it decreased to $1.7bn in 2015, according to World Investment Report 2016 published by the UN Conference on Trade and Development.

At the same time, signs of the country’s transformation can be seen in the capital, Kinshasa, and other major cities, from improved road infrastructure to multiple building sites and towering cranes across the city.

To support the DRC’s remarkable economic growth, the UN, which has a peacekeeping force operating in the eastern part of the country, organised an investment conference to promote the DRC and the Great Lakes region as an attractive destination for foreign investment.

Meeting in September 2013, the International Conference on the Great Lakes Region – a group of 12 countries with the goal of promoting lasting peace and development in the region – joined South Africa to agree on a UN-brokered peace, security and cooperation framework.

The 13 countries pledged “to strengthen regional cooperation, including economic integration with special consideration for the exploitation of natural resources.”

In February 2016, representatives from the 13 countries gathered in Kinshasa to discuss investment opportunities, including two dozen key development projects that needed immediate financing. Their objective was to lure international private investments to the DRC with its land and mineral potential, and then to the rest of the Great Lakes region.

In highlighting the economic attractiveness of the region, the Great Lakes countries are making their case for what they call the “seven key drivers for economic growth” across the region: tremendous natural resources, an abundance of arable land, water and growing food demand; a youthful fast-growing population; an increasingly educated and middle-class population; expanding export markets, trading partners and donors; an improving governance and business environment; increasing focus on infrastructure development; and competitively high returns on investment.

The Great Lakes region boasts 244 million hectares of arable land, according toInvesting in the Great Lakes Region: An Investment Opportunities Brief, a review commissioned by the 13 countries to help make their case to international investors. As demand for food worldwide increases, the region’s arable land represents an opportunity to increase food production for both domestic and global consumption, says the brief.

The high financial return on investments is another key reason for investing in the DRC and the region. While no specific figures are available for potential investors, a 2014 DRC country mining guide by KPMG, a global financial consultancy, says DRC’s mining sector presents a “high-risk high-return opportunity”.

Investors may be profiting from government policies, but Congolese nationals know that the DRC is still a poor country struggling to end a long-running conflict. The impact of the growth has not trickled down to its citizens. DRC has one of the world’s lowest gross national incomes per capita, and UN Human Development Index 2015 ranked the DRC 176 out of 188 countries.

Responding to the criticism that growth has not produced any noticeable social impact, the country’s prime minister, Augustin Matata Ponyo, told Radio France Internationale, a Paris-based broadcaster, that economic progress “has helped fund education by quadrupling public expenditure” over the past few years.

While the conflict in eastern DRC is unlikely to end soon, the country’s economic prospects remain positive. This is in spite of fears that should the global mineral market fail to recover soon and the level of public and private investments continue to decline, the country could find itself facing problems arising from conflict, political instability and economic hardships, giving credence to the news headlines with which the public is familiar.