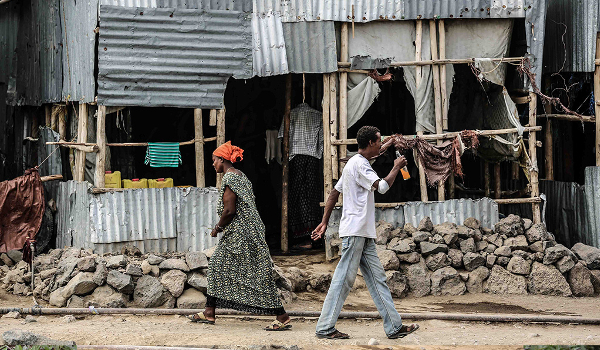 While Djibouti is a small country with a large portion of the population living in extreme poverty, its access to the Red Sea and the Gulf of Aden presents opportunities for investment in trade and logistics.

Djibouti is a small country bordered by Ethiopia, Somalia and Eritrea on the Horn of Africa. According to 2015 World Bank data, it has a population of less than a million and has little in the way of natural resources and arable land. As a result, the country is dependent on food imports and is highly vulnerable to global food-price hikes.

However, the country’s access to the Red Sea and the Gulf of Aden makes it a strategic trade hub for the region, and Ethiopia‘s main export-import route.

Djibouti recently became a member of Africa Finance Corporation (AFC), an international institution that acts as a catalyst for private sector investment in key infrastructure projects across Africa.

How we made it in Africa talks to Ini Urua, AFC’s head of heavy industries, to learn more about the country’s investment opportunities.

Tell us how Djibouti’s existing infrastructure compares to that of the region.

Djibouti is a small country but, most importantly, it has access to the Red Sea. It is a big transport corridor and quite a lot of goods that go into Ethiopia and other countries pass through the Port of Djibouti.

The infrastructural challenges are not too dissimilar to those typically seen across Africa. You have transportation, power and others. I think one of the key things Djibouti wants to do is to situate its port as more viable within that region to see them serving Ethiopia and Sudan and other places.

I would say transport and logistics are key [sectors] that we can intervene in, as well as bring in international investors and other financial institutions.

The Djibouti port is a very important port in that region and there is also a railway that links that to Ethiopia. I see key opportunities within the logistics supply chain, transportation, ports, as well as the logistics systems and management, for international investors and financial institutions (not just us) to avail themselves in Djibouti.

For example, Ethiopia brings some of its goods through Djibouti so obviously railway is a key component of that [logistics] chain, as well as the road network. Warehousing is also very important.

How do investors make returns on projects like roads?

If you are looking at roads that are amicable to private sector participation, then it typically has to be tolled so that it pays for itself. Most of the users of the road will have to pay some service charges and that will go directly towards paying for the financing of the road.

Road tax, licensing and those kinds of things are also ways of actually getting funds to maintain roads and make sure the service is available for use in the future.

And what sort of returns on investment are likely for these kinds of projects in Djibouti?

I’m not going to give you any numbers because every project has different characteristics. So when you do a detailed evaluation of the project then you can determine what kind of returns can be received, based on the macroeconomic conditions and the market commissions within that region and for that period of time. So I think if I had to give you any number I would be misleading you.

Can you give an idea of the returns that similar projects in nearby countries garnered?

I think as a rule of thumb, typically within the power and transport sector, returns of maybe between 12-15% are not uncommon. But sometimes you can do much better if you structure it well.

One of our projects, which is actually in operation now, is the Henri Konan Bédié Bridge in Côte d’Ivoire and it is already meeting some of our targets – although I do not have the numbers on-hand.

Djibouti’s investment opportunities seem to get overshadowed by those in regional markets like Ethiopia and Kenya. Could you describe the investor interest you are seeing from international and regional players in Djibouti?

We are looking at a number of transactions mostly within the transport domain, such as expanding the port… and developing the railway link between Djibouti and Ethiopia, which already exists. I believe that if rail traffic continues to grow as it is growing, then there might be room for a few other tracks there.