In about two years’ time the Republic of Congo (also known as Congo-Brazzaville) is set for an economic boom when new oil and mining projects are expected to come on stream, says Paul Patrice Moudiki, country manager of DHL Express in Congo. 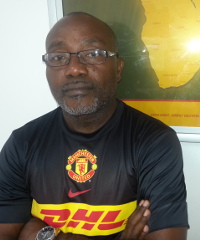 In an interview with How we made it in Africa, Moudiki highlighted the Moho Nord offshore crude oil project that is expected to begin commercial production from 2015 and has the potential to produce 140,000 barrels of oil per day. It is the first deepwater project in Congo and majority-owned by Total.

The Congo’s mining sector is also set for growth over the coming years. The Central African country is rich in base metal, gold, iron and phosphate deposits.

According to Moudiki, exploration works on a number of mining projects have been completed, and companies are now preparing for production.

Moudiki says it is especially Chinese mining companies that are very active in the Congo. Other mining firms interested in the Congo’s iron ore deposits include Glencore Xstrata and Exxaro Resources.

According to Moudiki, Congo’s transport infrastructure and facilities such as hotels are set for expansion to accommodate the increase in foreign investment.

Despite a relatively small population of less than 5m and many infrastructural challenges, Moudiki says there are a number of respected indigenous companies operating in the Congo.

Congo’s agricultural sector is severely underdeveloped with large quantities of food being imported every year. However, Moudiki highlighted one local company, SARIS Congo, that is doing successful business in the agricultural sector. SARIS is one of the few sugar producers in Congo, and is responsible for significant employment.

Another top firm is local bank MUCODEC. “Most of the people in the administration and in private companies have an account here. MUCODEC has a presence throughout the country,” says Moudiki.

Local airline Trans Air Congo flies both domestic and international routes and operates a fleet of Boeing and Embraer aircraft.

Engineering and construction company Socofran is involved in many projects to improve the Congo’s infrastructure. “They are one of the few local companies in the business, and they have a lot of projects almost everywhere in the country,” notes Moudiki.

Moudiki says one of the biggest misconceptions about the Congo is that one can only get ahead in business by participating in bribery and corruption. “If you do business according to the law and follow the normal process, there is no need to get involved in corrupt activities. Avoid any non-compliance. Don’t negotiate; go through the official channels,” he says.

He advises companies to become members of the local union, or chamber of commerce, for their specific sector. “If you join the union you have all the information you need to do business in the Congo. You can raise your concerns with the union, and they will then take these issues to the government.”

One of the major challenges companies can expect to encounter in the Congo is a lack of quality human resources. Companies need to be prepared to invest in either bringing in expats or training local staff. “Human resources are very poor here. That is why you see in almost all the companies, they have a lot of expats. It is not easy to find good people here.”

Moudiki says there is usually a significant gap in the salaries between expats and local staff. For this reason it is important to keep local staff motivated. “They can get very demotivated, because they know there is such a huge gap. You need to make them feel like they are part of the business.”

Dealing with the Congo’s infrastructural hurdles can be difficult, but Moudiki says the country’s natural beauty and the friendliness of the people more than compensate for the challenges. “The best thing is the nature; we have very nice beaches here where one can go and relax over the weekends. And the people are so friendly.”

He is also looking forward to the expected uptick in the economy. “At the moment we are getting ready for the next two years.”