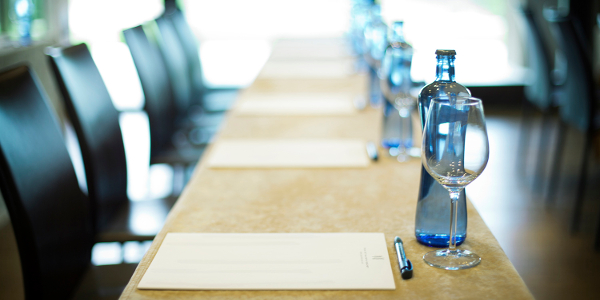 Geopolitical events, fallen commodity prices, and slower global growth are all factors that have negatively impacted many African economies over the last few years.

Take Nigeria as an example. Three years ago, the west African country overtook South Africa as the largest economy in Africa and was the poster child for the ‘African rising’ narrative. But a lot of this optimism faded after the oil price took a dive in mid-2014. With less revenue from oil exports, the country has plunged into economic instability, and foreign direct investment (FDI) has suffered. According to Nigeria’s National Bureau of Statistics, capital importation via FDI has declined from US$768.86m in the fourth quarter of 2014 to $344.68m in the fourth quarter of 2016.

At the recent GTR Africa Trade Finance Week in Cape Town, a handful of business leaders, who are successfully operating companies in Africa, shared some of the ways they are dealing with today’s realities – with the hope of showing others that business is still possible in some of the more challenging environments.

Dealing with the dollar crunch

Markets like Nigeria, Angola and Zimbabwe are facing severe shortages of dollars – and this poses huge challenges to companies who either need to access dollars to import products, or convert profits from the local currency into dollars so that they can get it out of the country. In Nigeria, for example, South African packaging company Nampak, reported troubles last year converting its naira profits into dollars, while Spanish airline Iberia and America’s United Airlines were forced to completely shut down operations as they could not get revenues from tickets sales out of the country.

Hercu Bloem – the managing director for Africa at agribusiness Afgri – said his company has been operating in Nigeria for the past three years. While it has been able to make “good money” in the market, Bloem said Afgri has struggled to exchange its local profits into dollars to buy more stock to import into country.

“One needs to be innovative in the way you do business and what we did is we engaged in market trading, for example. So you use your naira proceeds to buy products in Nigeria, export them, and then trade them for products that you need to import. So no, it is not causing a big disaster for us.”

He added that the company is using a similar strategy in Zimbabwe. “There are opportunities to be innovative around how you do business and once again market trading has treated us very well.”

African markets have always suffered from negative perceptions and the Western media is often criticised for mostly portraying the continent as a place of war, famine, corruption and severe poverty.

Bo Masole, CEO of Victus Global, a consultancy specialising in the development of sub-Saharan agriculture and food manufacturing industries, said these negative perceptions can make it difficult for the local companies she works with to export goods to foreign markets. Often the perception is that products produced in Africa are of low quality.

“And how we overcome this is we simply educate people,” she explained.

Her company invests in showcasing great African products to potential buyers – and ultimately changing their perception of what African companies can produce. It means taking a more active role in finding buyers.

“We do produce very good-quality products on the African continent. And we just continue to present these to buyers and change perceptions,” she added.

Underdeveloped markets with poor infrastructure can be expensive places to do business. For example, in some African countries power supply is unreliable and so companies have to invest in their own back-up generators. In other markets with an undeveloped local manufacturing sector, almost everything has to be imported. This is why countries like Angola remain some of the most expensive places in the world for foreign companies and expats.

Masole noted that in Zambia a business can be forced to spend hundreds of thousands of dollars just to buy land to set up an operation. To make the high costs more manageable for smaller companies, she suggests partnerships with larger firms – such as foreign corporations looking to tap into African markets.

“And that is how we are overcoming these cost challenges.”

Bloem agreed that sharing resources can help. He added some companies that operate in numerous African markets have opted not to have a physical office in each country, but rather set up regional offices.

“So one central office that can provide all the services and can represent the operations in the different countries. This concept of sharing costs across more than one country, I think, has served them well.”