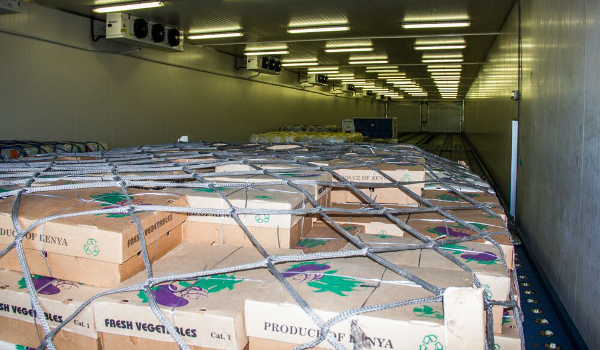 On 23rd June, the United Kingdom (UK) voted to leave the European Union (EU) which resulted in the resignation of UK Prime Minister David Cameron. The Kenyan economy remained steady with minimal change in the currency’s performance. This has largely been attributed to Kenya’s use of the US dollar as the main domestic currency for international trade. The dollar has continued to strengthen and remained relatively stable throughout the Brexit. The logistics industry in Kenya also remained rattled yet stable by this development with one of its key trading partners – Britain. Players in the logistics industry intimated that they are keenly monitoring the developments in Britain and assessing the long and short term impact of the Brexit.

At the port of Mombasa, export of agricultural produce is one of Kenya’s foreign exchange earners. Tea is one of Kenya’s main export commodities globally, with Britain being a key market of the same. Gordon Omondi, warehouse manager at Siginon Global Logistics adds, “The immediate impact of Brexit saw the depreciation of the British pound. Since the UK re-exports to other members of EU, this market is likely to be affected by the rise in price. In the short term we are likely to see reduced activities from major exporters to the UK. In the long term, Kenya may benefit from new markets as those that initially got tea from the UK may opt to import directly from Kenya. If this happens, then export volumes may increase in the long run. We continue to observe the market response so as to adjust accordingly.”

Perishables are another export mainstay through Kenya’s Jomo Kenyatta International Airport (JKIA). The perishables comprise of flowers, fruits and vegetables which account for up to 90% of all exports air freighted at JKIA to the EU markets – primarily Britain, Germany, the Netherlands and France. The perishables industry has seen players make additional investments in JKIA due to direct and indirect services delivered in the cool chain. Jared Oswago, divisional manager at Siginon Aviation says, “The impact of Brexit has seen the British pound lose ground against foreign currencies. This may in turn affect the demand for Kenyan perishable exports in a strategic market such as Britain. Multimodal movement of freight across the various European markets may be affected, as the UK may impose access restrictions. However, once the Brexit is fully affected, we will know the full impact.”

Britain is a key party to negotiating a number of EU of trade agreements, the Brexit means these agreements will need to be renegotiated afresh, which can be a lengthy and cumbersome process – which could lead to a decrease in trade volumes between the UK and Africa. Oswago adds, “The Brexit gives Kenya an opportunity to diversify its export markets and seek new opportunities outside our traditional markets. In as much as the impact of the Brexit was not as severe in Kenya in comparison to other markets, as industry players we will observe and consult with our customers and prepare accordingly.”

Kenya is one of UK’s key trading partners in Africa alongside South Africa and Nigeria. The response of these markets to the Brexit were wide and varied, however, a cautious approach in managing the long-term implications of this development has been taken by the respective governments to safeguard their economies.