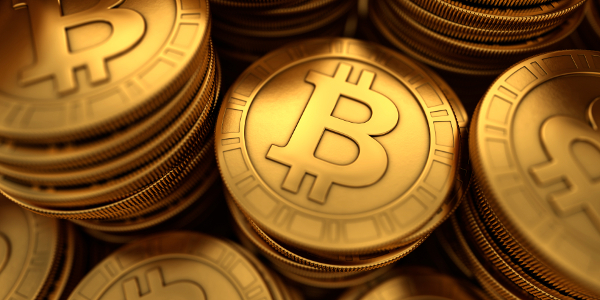 Recent Bitcoin mania has raised a heated debate as to what the world’s largest cryptocurrency (by market capitalisation) is actually worth. Until recently Bitcoin garnered attention from mostly computer science boffins and the criminal underworld, but the 350% price rise since the beginning of the year has started turning heads around the world.

As the famous Wall Street saying goes: “When even shoeshine boys are giving you stock tips, it’s time to sell.” Is this adage warranted in the case of Bitcoin?

Bitcoin’s appeal centres on the fact that it operates independently of any central bank. As such, it is seen as the new age of global currency and payment methods. Of the roughly US$100bn total cryptocurrency universe, Bitcoin comprises just under half. And although it is prominent now, it has in fact been active since 2009.

Bitcoin’s rapid price acceleration has been attributed to:

The technology/algorithm behind Bitcoin, namely blockchain, is a far more powerful platform than Bitcoin itself, in our view. A fintech specialist describing the technology on question-and-answer site Quora said: “Blockchain technology creates a decentralised digital public record of transactions that is secure, anonymous, tamper-proof and unchangeable. Instead of a bank or other intermediary maintaining a private database of records, blockchain technology makes all records public.” Disintermediation is blockchain’s biggest advantage: removing the middle-man ensures that users of the blockchain are in control of their information and transactions, data integrity is affirmed and, in theory at least, transaction times and transaction costs are minimised.

Uses of blockchain technology in the real world include making payments (the most commonly known); supply-chain management (for example, tracking your food at every step from farm or sea to table); smart contracts (including land registries); cloud storage; online voting; trade settlement and payments of grants. Being a relatively new technology there is still much potential to be unlocked in blockchain, and many large corporations are exploring potential uses.

But how should Bitcoin be valued? A key factor is to determine whether it is an asset class and, if so, what the appropriate valuation criteria to assess it might be. There are significant stumbling blocks here as there are no underlying fundamentals that allow us to price or value Bitcoin.

If we assume that Bitcoin is a currency, we would try to ascertain a long-run fair value by using various models: relative purchasing power parity, inflation differentials or interest rate differentials. But these values are impossible to ascertain for Bitcoin given the lack of central bank involvement, the absence of a domiciled area or, indeed, any linking economic fundamentals. If we treat Bitcoin as a basic security, then there are no fundamentals that we can use to assess it, leaving us unable to reach an appropriate valuation assessment.

Despite this stumbling block, there is no doubt that Bitcoin has done exceptionally well. A fact which is clearly evident if you merely consider the performance of the cryptocurrency in recent months (see Figure 1).

If we cannot estimate value using traditional criteria, we can still assess a tradeable asset based on its supply and demand. For Bitcoin, we can break down participants into two broad spheres: those using Bitcoin for trading and those who are speculators. We know from anecdotal evidence that Bitcoin still isn’t widely used as legal tender, based on the lack of vendors accepting it and the relative charges from third-party providers that link consumers with vendors. Additionally, as a store of value, it is extremely volatile and an unlikely source for long-term wealth preservation.

There is also a vast portion of trade that could be based on unreported illicit activity, but without further information it is difficult to understand the supply/demand dynamics from those users. We do believe that cryptocurrencies will be used much more in the future but, at present, this represents only about 0.12% of global trade.

If the only way we can value Bitcoin is based on supply and demand, and if those using Bitcoin practically as legal tender comprise just a small part of its demand, then we are left with a large portion of the current demand for Bitcoin being speculative.

With no viable way to determine what price Bitcoin, or any cryptocurrency, should be trading at based on usual valuation criteria, should demand slump it could result in spectacular losses along the lines of those seen during previous bubbles (something which is true even in Bitcoin’s relatively short history).

To fully understand how important underlying fundamentals are, consider the fact that Figure 1 above does not represent Bitcoin but rather BlackBerry from the period 2006 to mid-2008, a time when the brand (within the company RIM), was absolutely soaring: it rose 525% in under three years. Since that peak the stock has lost 92% to its current price. Just consider whether you would have bought or sold the stock during the period in 2008 when it traded at a lofty price. You would consider any number of factors, including the company’s underlying fundamentals, its strategic positioning and the overall competitive landscape.

We believe that the hype and price appreciation of select cryptocurrencies belies any of the underlying traits that we would look for in a sound investment, and rather feeds on optimism regarding the future of cryptocurrencies. We cannot tell you if these currencies are expensive or not, but we believe that without this knowledge it is impossible for us to invest in an asset class that seems to trade purely on momentum and sentiment.

In addition, there are some headwinds which – at least at this stage – could prevent Bitcoin being rapidly and widely accepted. These include:

Ultimately, Bitcoin is just a mathematical algorithm. There is no doubt that the technology behind Bitcoin (blockchain) is revolutionary, Bitcoin itself requires much wider acceptance and continual improvement in order for price moves like we’ve seen to be sustainable. Other than its pure (but declining) dominance, Bitcoin has no distinguishable competitive advantage over other cryptocurrencies.

Bitcoin is to cryptocurrencies what the Motorola DynaTAC 8000X was to mobile phones. The first of its kind is not necessarily always the best, and technological innovation changes rapidly. As there is no clear way of accurately valuing any cryptocurrency, it does not instil confidence in making any kind of rational investment decision.

Momentum is a powerful force, and while the price can continue to run, the biggest risk is not missing out but rather in waking up to the realisation that Bitcoin isn’t the chosen one. Just ask BlackBerry.

Mike van der Westhuizen is a portfolio manager at Citadel; Nishlen Govender is an investment analyst at Citadel.