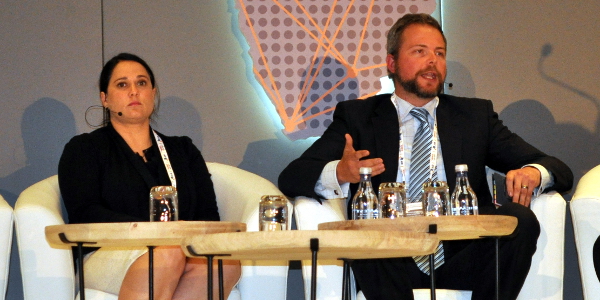 Beneficiation – a step in mineral processing – is discussed at just about every conference centred on Africa’s economy. Countries on the continent generally export raw mineral materials, only to import the finished products. And business experts, economists and development organisations have for years been hailing local beneficiation – processing the materials in the countries where they are mined – as the answer to Africa’s economic challenges.

Shawn Duthie, an analyst at Africa Risk Consulting, argues, however, that when it comes to the continent’s economic growth, the beneficiation of natural resources might not be the best approach after all. During a panel discussion at today’s Thomson Reuters Africa Summit in Cape Town, he highlighted alternative approaches – ones that have worked for other developing nations in the past.

“One of the best examples of this is Taiwan, which in the ’60s was the mushroom exporter of the world. Everyone wanted to buy their mushrooms, and they didn’t say they are beneficiating them, by putting them in cans and having them chopped up. Instead they said they’d just sell them and take that money and invest it in human capital, education and also into building a semi-conductor industry – which is as far away from mushrooms as you can actually get,” Duthie explained.

“I would prefer to see more governments say that they have this money, so let’s take it and invest it in our population and education (primary, secondary and tertiary) and let’s find a different way. Perhaps technology is [that way], and so let’s start manufacturing that.”

Jessica van Onselen, director of JvO Consulting added that African countries diversifying their economies away from resource extraction also shouldn’t be a sole focus for development – although many economic experts say it should be.

“Using and leveraging your resources as a key economic driver and competitive advantage as an economy is not inherently a bad thing,” said van Onselen. “Diversifying one’s economy to me seems non-controversial, sustainable and it is – in the long term – where governments want to take their economies. But I think the idea that it is inappropriate or unwise for Africa to leverage its mineral resources – which are bountiful – to drive development is [wrong]. It is not inherently a bad thing.”

Onselen believes that the key focus should be on ensuring that countries benefit from resource extraction by investing revenue strategically. She notes that while most African markets have taken a knock from the fall in global commodity prices, it is clear that those that took advantage of the last commodity boom are doing better than those that didn’t.

“Botswana has definitely taken a knock. I wouldn’t pretend that the commodity bust hasn’t bitten them, but it certainly seems to be an economy that was perhaps a little bit more prudent in investing in infrastructure and education, and getting it into a middle-income bracket,” she said.

“It is very difficult to see where the boom for Angola went. So I think there are different examples of who used the boom well and who not.”