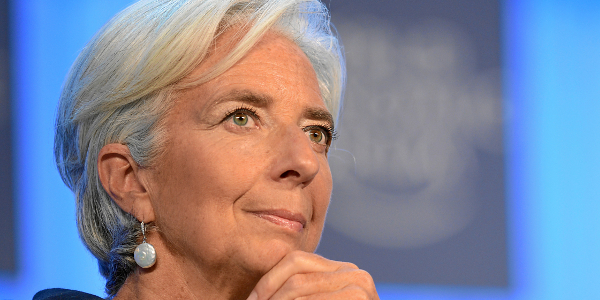 Lagarde says drastically reducing petroleum prices have had negative consequences on the economies of the six Central African states.

International Monetary Fund chief Christine Lagarde urged Central African states Friday to diversify their economies, which have been hit by plummeting petroleum prices and terrorism. The IMF managing director’s three-day visit to Cameroon comes at a time when the war against terrorism and the crisis in the Central African Republic have negatively impacted the region’s economies.

Christine Lagarde says although all six central African states counted on their petroleum resources to improve their economies, Gabon, Chad and Equatorial Guinea have suffered most as a result of reducing world prices. She says they did not diversify their economies like Cameroon did.

Lagarde says Cameroon’s economy has also been affected by the war against the terrorist group Boko Haram, while the crisis in the Central African Republic made its economy decline sharply. And the Republic of Congo has suffered the effects of the economic slowdown.

Impact of drop in oil prices

Lagarde says drastically reducing petroleum prices have had negative consequences on the economies of the six Central African states. She says it is now imperative to drastically reduce ambitious development plans and invest wisely in projects that will improve the living conditions of grassroots populations.

She says Central African member states need to diversify their economies, promote regional integration and the free movement of people and goods, and work together to find solutions to their common problems because unity is strength.

The IMF estimates that performance in 2014 and 2015 deteriorated as a result of stagnating revenues and increasing expenditures. It says lots of infrastructural projects are being financed by foreign borrowing thereby raising debt levels. Overall, fiscal deficit worsened from 4.1% of GDP in 2013 to about 6% in 2015.

Alamine Ousman Mey, Cameroon’s minister of finance, says in spite of the challenges, his country’s economy has shown some resilience because of the diversification that developed value chains in agriculture, the construction sector and energy supply.

He says his country has been resilient to economic and security shocks because it has diversified its economy.

International oil prices have more than halved between 2014 and 2015 making it very difficult for the region where five out of its six member nations are oil producers. Additionally, terrorist threats that spilled over from Nigeria to Cameroon and Chad disturbed economic activity and generated additional budgetary spending.

Lucas Abaga Nchama, governor of the Bank of Central African States (BEAC), blames the adverse effects on the international economic downturn and difficulties promoting integration in the region. He says inspite of the challenges, the Central African currency, CFA, used in the region remains strong.

He says it is imperative for Central African states to promote regional integration and preserve its monetary union. He says it is in difficult moments that the strength of a currency is measured and that the CFA Franc has always been solid in times of crisis. He says the central bank will maintain monetary stability as one of the main conditions to achieve growth and that they are not thinking of changing the regions currency.