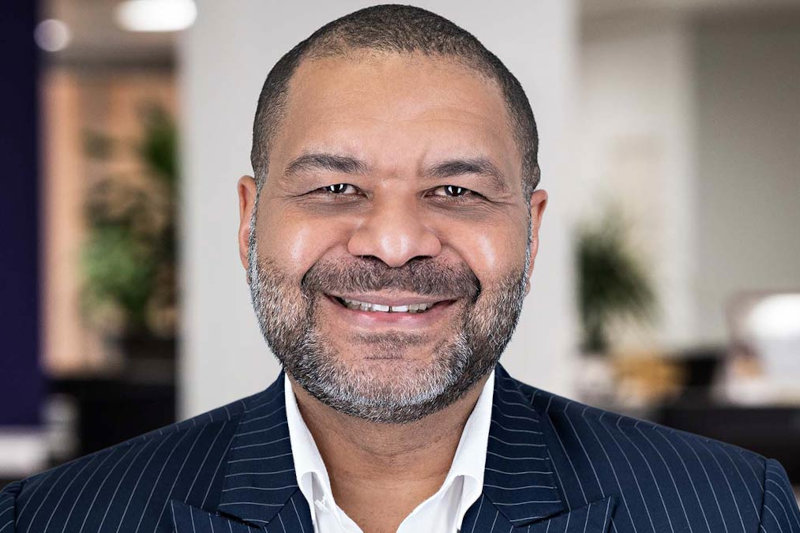 Andrew Alli studied engineering, expecting to design computer chips and software. Instead, he found his passion investing in infrastructure and other projects in emerging markets. After earning an engineering degree, Alli switched career paths, attended business school, and then joined IFC, where he served as country manager for Southern Africa, among other positions. Years later, he became CEO of the Africa Finance Corporation, a position he held for a decade. Today, he is partner and group CEO at the SouthBridge Group, which provides financial solutions and advisory services for public and private clients across Africa.

We’re more than a year into the pandemic now. What are your observations for Africa?

Coronavirus is still with us – and will likely be with us for a long time – but it’s also time to look to recovery. There has been an acceleration of digitalisation, a process that was already underway before coronavirus struck. For me, what is most interesting for Africa is the shift to remote working. If this is a trend that sticks, it opens the possibility for Africans to participate to a much greater extent in the global economy without moving away from the continent. Global centres of power will remain, of course, but the shift might mean that someone living in Nigeria or Kenya, for example, can more easily work “in” London or Washington, D.C.

There’s talk of a “green recovery” for Africa, especially around renewable power. What are your thoughts?

We have been working to strengthen grid-based power in Africa for decades, but progress has been painfully slow and even today only a few utilities in Africa generate sufficient revenues to cover operational and capital expenditures. Will much change in the next 10 or 20 years? I honestly don’t know. Solar and other renewables have a huge role to play in Africa’s power mix and are probably the solution for bringing power to rural and off-grid populations. However, renewables are still some way off from being able to power large manufacturing plants, for example. Also, today a grid needs a source of base load power to run with renewables, given their intermittency. So yes, renewables will be a major part of the mix, but they are not a magic bullet when it comes to Africa’s power challenges and economic growth, especially considering the continent’s rapidly growing population. I think it’s too early to move to a “renewables-only” financing stance.

Africa’s population is growing rapidly – and is expected to double by 2050. Is this a challenge or a blessing?

This is a real challenge that should be near the top of the list for all African leaders. Africa needs to create about 15 million jobs annually just to match the number of new entrants into the workforce. Where will all those jobs come from? I’m doubtful that the low-cost manufacturing model that has helped power Asian economies will work in Africa. Instead, we need to focus on industries like agribusiness, high-tech, biosciences, and tourism, which has huge untapped potential. We also need to leverage the new African free trade agreement. Let’s not forget that a growing population can be a blessing too – Africa just needs a strategy to harness it.

As you mentioned, part of that strategy might involve increased trade – both internal and external.

This is an important area for development. The introduction of the African free-trade zone is promising, though we need to see a corresponding rise in intra-African trade, which I don’t think will happen immediately. The physical impediments to trade in Africa are well known, with the great distances involved and stories of trucks waiting weeks at borders. India, with roughly the same population as Africa, is driven much more by internal trade and this is a good model to follow.

Strengthening Africa’s supply chains is a long-term endeavor. I don’t see this happening overnight. It takes several years to build a factory, for example. Still, Africa does need to work on building its internal capacities to take advantage of changes in global supply chains when they do occur.

Bitcoin is a hot topic of conversation. Do you see any application for cryptocurrencies in Africa, in easing trade transactions for example?

There is excessive friction when one has to convert to an intermediary currency like the US dollar in order to trade between two African countries, so yes, cryptocurrencies might one day help there. However, the real promise I see from crypto for Africa is the blockchain technology which underlies it. With blockchain comes the ability to process transactions securely and transparently, independent of any outside authority. Bitcoin and other cryptocurrencies are already popular in Africa for people who want to diversify their investments or to facilitate international transfers and I do think the technology is here to stay in one form or another.

Let’s switch to traditional currencies. I’m giving you a billion US dollars. Where do you invest it in Africa?

That depends. If I’m investing strictly for development impact, I would use it to educate people. When you talk about reducing poverty, it’s largely tied to productivity and skills – so the money would be well spent providing people with the skills they need to seize new opportunities. If I’m investing strictly for profit, however, then I would look at the tech sector – digital tech, biotech, and even other emerging capabilities linked to the digital economy, like product design. Although the development impact is harder to measure here, Africa’s tech sector has great promise and an organisation like IFC should be investing more in it.

Finally, if I wanted both impact and financial returns, I would invest in infrastructure, including digital infrastructure. Specifically, I would look at power and transport but also at digital enablers like data centres and fibre optics. Of course, a billion dollars doesn’t get you that far with infrastructure, so I’d have to look at smaller projects and then refinance them when they’re up and running.

This article was first published by the IFC. See original here.