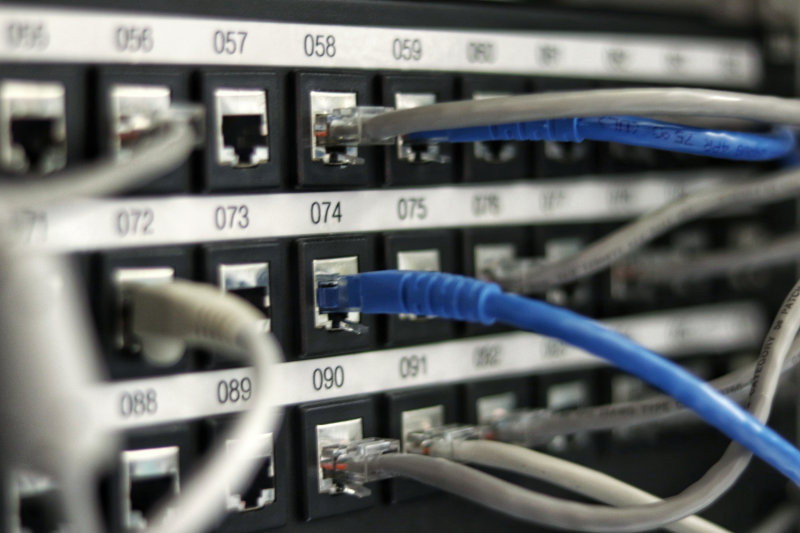 Data centres in Africa are increasingly attracting the attention of investors.

In March 2020, investment firm Actis announced the launch of a $250 million pan-African data centre platform, that will comprise independent data centres across key African markets. The first of these investments was in Nigeria’s Rack Centre, a co-location data centre with over 80 clients, including telecommunications carriers and internet service providers.

A data centre is a facility used to house computer systems or servers and associated components, such as network communications and storage systems.

Last month, African Infrastructure Investment Managers (AIIM), an infrastructure-focused private equity firm, acquired a majority stake in Ngoya Etix DC, a carrier-neutral data centre located in the Greater Accra region of Ghana. “Whilst we have seen considerable interest in the African data centre sector, the evolution of in-country capacity in many markets outside of South Africa, remains nascent and inadequate to meet rising data demands, migration of enterprises to the cloud, and the need for content closer to end users. Data centres underpin and enable the digital economy and present strong growth prospects for long-term investors such as AIIM,” says Ed Stumpf, investor director at AIIM.

In a further development, Raxio, a pan-African data centre operator, has partnered with French infrastructure investment firm Meridiam, to deploy a network of data centres. Meridiam will inject $48 million in the venture. Raxio has so far invested in data centre facilities in the Democratic Republic of Congo, Uganda and Ethiopia.

Traditionally, data centres have been clustered in a select few geographies at existing peering points, or internet exchange points. These locations have been in the US (Virginia), Europe (London, Paris, Amsterdam, Frankfurt and Dublin) and Asia-Pacific (Tokyo, Hong Kong and Singapore).

However, as technology and content has become more complex, the quantity of data required has increased to a level where the existing model is no longer viable.

As a result, cloud-based service providers are now looking to be closer to population centres, which will enable them to deliver more sophisticated services in a more timely manner and reduce transit costs.

Further, as Guy Willner, CEO of data centre operator IXcellerate notes, adoption of data sovereignty in countries such as Nigeria and Morocco means that new data centres will need to be built in these places.

Africa remains underserved for data centre provision. Live IT power in markets such as Dublin and London stands at 795.8MW and 728.25MW, but in Africa this figure is significantly lower with leading markets such as Johannesburg and Nairobi recording a total live IT power of 54.9MW and 19.04MW respectively, according to DC Byte.

There are clear opportunities for the development of not just retail and wholesale co-location, but also built-to-suit hyperscale data centres in the tier one markets. This will help to narrow capacity gaps and enable the market to keep up with increasing – and increasingly complex – demand at both individual and state level.

With a population of 1.3 billion people, the continent has over recent years provided an opportunity for the rapid and accelerating deployment of technology into a young and dynamic populace.

Africa currently accounts for less than 1% of total available global data centre capacity, according to Xalam Analytics, despite being home to approximately 17% of the world’s population. However, with the continent’s urban population set to grow by 60% by 2050, characterised by an increasing technology talent pool and an emerging middle class, the demand for data centres is set to increase.

From a supply standpoint, the southern African region continues to be the most well served, accounting for 54% of data centre space across Africa. But with at least half of Africa’s growing population expected to have internet access by 2030, according to GSMA, and legislation encouraging data localisation, the potential for data centres in Africa is set to continue growing exponentially.

Recent progress in fibre optic connectivity offers Africa the ability to leapfrog other continents in establishing a world-class system of network infrastructure. Geographically, cities such as Mombasa in Kenya are incredibly well located on sub-sea fibre links offering a gateway to Asia and, as such, see a large amount of internet traffic working through them.

Currently much of Africa’s data content is driven through Marseille rather than being domiciled on the continent, limiting those operators who need to offer premium latency (data transfer) speeds to their customers. However, the commencement of Google’s Equiano project, an underwater cable connecting west Africa to Europe, and Facebook’s 2Africa, a 37,000km sub-sea cable that will circumnavigate the continent and connect it with Europe and the Middle East, clearly shows how the tide is changing.

Data centres consume a vast amount of power. This is especially the case in Africa, due to the added cooling requirements. In Europe for example, the requirement is 99.99% of uptime power at a minimum. Unreliability in Africa’s grid network is therefore considered the main stumbling block to investment by international data centre operators.

However, the unfolding revolution in Africa’s market for renewable energy is set to create new opportunities. Between 2010 and 2017 the average cost of producing solar energy fell by 73%, and by 22% for onshore wind power, according to the International Renewable Energy Agency. Renewable energy is set to spur growth and ensure accessibility even in the most remote regions across Africa, while achieving the sustainability goals of the cloud computing powerhouses such as Microsoft and Google.

As the proliferation of smartphones and mass adoption of business software on the continent leads to soaring demand for data centres to power technology, international investors, including private, institutional and sovereign capital, are increasingly keen to win lucrative investment deals.

By way of example, see the recent $250 million investment by private equity firm Actis. Further, in 2019, Boston-based private equity firm Berkshire Partners acquired a stake in Teraco Data Environments, which owns Africa’s largest data centre and powers much of the cloud computing in South Africa, with the aim of doubling capacity from 30MW to 60MW in the next few years.

Liquid Telecom’s Africa Data Centres, which has earmarked $1 billion for expansion across Nigeria, Ghana and further into Egypt and Morocco, also recorded an influx in investor interest including US$300 million from the US government’s International Development Finance Corporation.

Growing competition between emerging powers such as China and countries with longer-standing economic ties with Africa, such as the US, UK and France, is anticipated to open up this sector further to more lucrative investments, with Chinese capital expected to debut in the sector in the near future.