Walter Landor was a branding legend who helped companies from Coca Cola to Levi’s define their brand for the public. “Put simply,” he said famously, “a brand is a promise.” The more important the promise and the better you fulfil it, the better your brand. 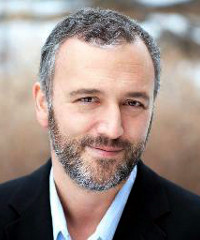 Few countries rely on their brand promise as much as the US. Beyond its power in binding Americans together, the US brand promise has a powerful influence abroad. Ronald Reagan is famous for articulating a vision of the US as “a city on a hill”. That precise image was also evoked by John F Kennedy when he was president-elect, and long before him by Massachusetts Bay colony governor John Winthrop. “We shall be as a city upon a hill,” Winthrop wrote in 1630, “the eyes of all people are upon us.” From its earliest origins, the US has been conscious of the message it projects abroad.

I spent much of the last year writing a book on how CEOs in Africa think about their continental ambitions. Along the way, I learned a bit about the US’s brand promise abroad, and why people “buy” the US. Many (really, almost all) of the African CEOs I met with have an enormous appreciation for the US, far outstripping trade and investment flows between the US and Africa. Nigeria’s Tony Elumelu pointed out to me that “even in the very Muslim parts of our country, you will see kids on the street with an Obama T-shirt. I myself stayed up watching each of your presidential debates and your election.” Kenyan business leader (and popular DJ) Chris Kirubi has pictures of US leaders on his screensaver. In the latest polling by Pew Research Center, the US enjoys massively favourable ratings in every African country surveyed.

Some might ascribe the favourable perception of the US to the strength of the country’s media. But American media have not exactly bathed themselves in glory when it comes to Africa. Most African businessmen I know take the US media to task for routinely stereotypical portrayals of Africa. They are fond of the US despite our media, not because of it.

In my experience, it’s the American brand promise that is resonating abroad. That promise rests on three characteristics. None of these are ever-present in the US, but their evocative power is great, and they resonate with the experience of business leaders I’ve met.

Opportunity: The promise of the US is a culture that creates opportunity for all, regardless of where they originate. It’s a powerful message in every frontier market I’ve visited. Mobile technology CEO Ken Njoroge and I were talking recently about his company Cellulant when he peered past the thin glass partition separating his workspace from a bullpen of young engineers. “I want them to see you don’t need to be someone’s cousin to make it,” he said. “Ken and Bolaji (Ken’s Nigerian partner) are guys who came around starting with no money and built a successful business. That’s going to change the mindsets of the 20-somethings out here.”

Individuality: The primacy of the individual is captured in our myths, in our politics, and in our constitution, in which individual rights are protected even at the expense of majority rule. Bharat Thakrar, who leads Africa’s largest communications firm, speaks with passion about the rugged individuals “who migrated west. It was not easy but the guys… went and did it. They went, they settled, and they succeeded.” For all the controversy of that imagery, its power abroad is substantial.

Liberty: “We can sit today with government and… without fear or favour, you are able to question and discuss openly issues and new ideas of where to go in this country.” That’s how Kenyan business leader Vimal Shah describes today’s Kenya. He said it with a bit of a wonder, because in many markets it’s not true. Business, like other elements of society, are compelled to self-censor significantly or be marginalised by a powerful state. The US brand holds out the promise that businesses, civic organisations, and individuals can voice dissent and still thrive.

My point is not that these business leaders seek to replicate the US; they do not. Nor is it that the US has lived up to its brand promise all the time, for we surely have not. But when we do, we build up capital abroad, and an extension of power few nations can match.

Colorado senator Mark Udall recently said that, in the effort to achieve US security: “The Bill of Rights is the biggest, baddest weapon we have.” Pew’s just-completed survey from across emerging markets supports Udall’s point:

Conversely, when the US does not fulfil its brand promise, we erode our capital and undermine American interests abroad. And there’s reason to be concerned that we’re doing that today. The decreasing income mobility in our economy, the stalling of immigration reform and the expanding surveillance by our state all erode our brand overseas.

Immigration reform may be the least intuitive of these. I was brought around on this by James I Mwangi, my friend and the general managing partner of the firm where we both worked. Born in Kenya, James earned his way to Harvard and then to jobs with McKinsey & Company and Dalberg, contributing to US commercial and social wealth while learning skills that would propel him to leadership in Africa.

Yet that was not the experience of many other talented Africans who studied in the US. “The US has a resource in Africans graduating from top American schools,” he said. “If the US were more open to them staying and working in the US for a few years, you would get several years of good utility from them. It would also cement a really favourable impression of the US with many of the people who will be leading Africa in the future. That would serve the US better than frog-marching these graduates directly to the airport upon getting their diploma.”

Immigration reform is rightly the subject of a deep policy debate, as are income mobility and the balance of liberty and security. As we debate the prescriptions, we correctly focus on the consequences at home. However, at the same time, we have a unique opportunity to strengthen or weaken our global brand promise. We should be conscious of the unique power that brand provides. Given the high barriers our rivals face in duplicating that power, we should have a bias towards it.

Jonathan Berman advises Fortune 500 companies and investors in frontier markets. He is a senior fellow of Columbia University’s Vale Center and senior advisor at the consulting firm Dalberg. You can learn more about him at www.jonathanberman.net or follow him on Twitter at @Jonathan_Berman. His current book is ‘Success in Africa: CEO Insights from a Continent on the Rise’.