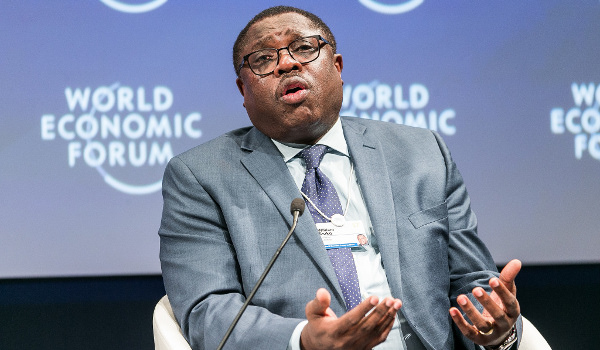 The vast majority of food produced in Africa is grown by small-scale farmers. Most of these farmers live in poverty and are only able to produce enough to feed their families. As a result, they are not able to use agriculture to lift themselves out of poverty or to increase overall food production. And for years economists and researchers working for bodies like the United Nations have talked about the need for the continent’s farmers to boost production in order to reduce reliance on food imports.

The question of how to transform African farming from small scale to large scale was posed during a panel discussion at this week’s World Economic Forum on Africa, held in Durban, South Africa. But according to William Asiko – executive director of the public-private platform, Grow Africa – the focus should not be on simply converting small-scale farmers into large enterprises, but rather on transforming them into “more commercial-minded operations”.

“I come from Kenya. Kenya is a story of smallholder commercial farmers – mostly farmers that have less than two hectares. But it is all commercial, it is all horticulture, it is cash crops run on a cooperative system. Kenya’s entire dairy industry is built on smallholders and built by cooperatives,” he said.

“So, I think to me the more important discussion is: how do we turn a subsistence-minded farmer into a commercially-minded farmer?”

“Certainly, it has worked in East Africa, where you have a lot of subsistence farming and [they] are now producing surplus with all the work that has been done on [increasing their] productivity.

“It is about making sure the cooperative system is working well so that farmers can aggregate their produce, get a better price at the market – and then working with processors and making sure that the policies are in place for them to invest with these farmers.”

Once this is achieved, Asiko believes there will be a natural transition from small-scale to larger-scale farming.