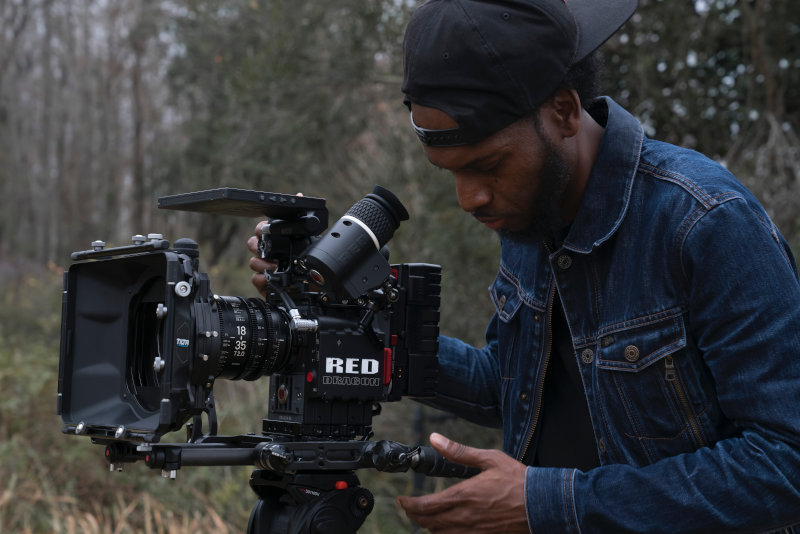 This article is an excerpt of The African Film Industry: Trends, Challenges and Opportunities for Growth report by the United Nations Educational, Scientific and Cultural Organisation (UNESCO)

As African stories become more globally appealing, African producers are attracting the interest of new, non-historical partners such as the United States and China.

Traditionally, foreign support has been provided to the African film and audiovisual ecosystem in the shape of subsidies from intergovernmental institutions such as: IOF; the Africa, Caribbean and Pacific States – European Union (ACP-EU) Culture Programme; or selective mechanisms such as: the French National Centre of Cinematography and the Moving Image (CNC), through the World Cinema Support Fund; and the Berlinale, through the World Cinema Fund. France in particular has been a major funder of African films for decades, through co-production treaties signed with countries such as Algeria, Burkina Faso, Cameroon, Côte d’Ivoire, Egypt, Guinea, Morocco, Senegal, South Africa and Tunisia.

These support mechanisms relying on public funds follow a vision that’s primary goal is to promote the diversity of cultures, without any expectation of profit. Today, France, the United Kingdom, Belgium, Germany, Portugal and the European Union in general remain important stakeholders of African auteur cinema. Through the funding of many development initiatives such as film labs, workshops and festivals, European countries continue to play a key role in the emergence of the African world-class talent that is now in high demand by financiers, buyers and co-production partners both locally and globally.

However, the past couple of years have seen a marked increase in interest from other stakeholders. These new stakeholders, mostly from the United States and China, are private companies with a decidedly commercial approach. The most visible American player so far has been Netflix, which has produced a number of high-profile moves since its launch on the continent in 2019. The streaming service accounted for 57% of Africa’s subscription video-on-demand (SVOD) subscriptions in 2020 with almost two million subscribers, a number that is expected to grow to 6.3 million by 2026. In November 2020, the company even appointed Zimbabwean Econet founder Strive Masiyiwa to its board of directors. Netflix, however, is only the first American platform to launch on the continent and, eventually, others will follow. For instance, despite not launching in Africa until 2022, Disney+ is already predicted to sign up 3.1 million subscribers by 2026.

Hollywood companies have also been busy partnering with African creators on a variety of projects. In 2020, Walt Disney Studios signed a deal with Kugali, a company co-founded in 2017 by two Nigerians and a Ugandan, to make Iwájú (The Future), a science fiction series steeped in Yoruba culture. Walt Disney Studios are also financing Greek Freak – a feature film by Nigerian director Akin Omotoso about NBA star Giannis Antetokounmpo, born in Greece to Nigerian parents, and picked up the rights to Kiya, a series developed by South Africa’s Triggerfish about a group of seven-year-old African girls whose magical headbands turn them into superheroes. In Nigeria, EbonyLife Studios signed a deal with Will Smith and Jada Pinkett Smith’s Westbrook Studios to co-develop and co-produce a range of Afrocentric films and television shows, and also has projects underway with Netflix, Sony Pictures Television and AMC. These few examples are just the tip of the iceberg as Hollywood players have been quietly ramping up their behind-the-scenes involvement with African film and television talent.

Meanwhile, China, now officially the largest box office market in the world in terms of revenue, has also been making inroads into the continent. In 2019, Chinese media giant Huahua Media signed a deal with Nigerian studio FilmOne Entertainment to co-produce the first major China-Nigeria film, and invested in Nigeria’s first million-dollar film fund, also run by FilmOne Entertainment. Chinese-owned music streaming service Boomplay, currently one of the leading music platforms on the continent with over 75 million users, made its first move into video production by investing in Afrobeats: The Backstory, a nine-episode documentary series about the origins of the popular Nigerian music genre. Other major investments in the media space by StarTimes (local pay television channels), CCTV Africa (Nairobi-based media hub), and Huawei (optical cables and 5G technology) point to a solid and growing Chinese interest in African creative content.

Although mostly focused on Africa’s English-speaking regions for the moment, these new players have also expressed an interest in expanding to Francophone and Portuguese-speaking Africa. Both the United States and China are strong proponents of a market-focused, commercial approach to African film and television, which will lead to the disruption of previous financing models. A future in which the African continent carries solid potential for commercial returns is in sight, attracting a new category of investors, such as Impact X Studios, a new fund that seeks to develop and package diverse projects globally, including in Africa. Impact X’s first investment in Africa, announced in 2020, was with the Nigerian comics and animation company YouNeek Studios.

This new global demand is unlocking new funding opportunities, even from the continent itself. Development bank Afreximbank, which in 2020 had announced the launch of a US$500 million facility to support the African creative industries, is now working on the first pan-African film funding mechanism. The project, once completed, would provide African-sourced and managed funding, through a variety of financing products, to commercially viable projects from across the continent.