If you are a rule-breaking, out-of-the-box thinker with a good knowledge of your industry and willing to go the extra mile, there is a good chance that the Savannah Fund would consider investing in your startup. 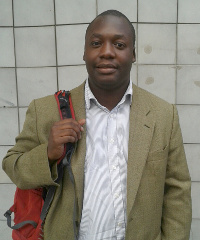 The Nairobi-based venture capital firm invests up to US$500,000 in early-stage high-growth technology startups in sub-Saharan Africa. The fund’s portfolio includes 15 companies from a variety of industries, including e-commerce, entertainment and financial services.

How we made it in Africa recently asked Mbwana Alliy, managing partner of Savannah Fund, to identify some of the traits and qualities he looks for in an entrepreneur.

1. Willingness to go beyond the call of duty

In addition to worrying about actually building their businesses, African startups also need to deal with gridlocks, internet problems and government bureaucracy. Getting things done is often much harder than in other places in the world.

“You have to go beyond the call of duty to get your startup to work. You have to have an incredible energy and passion,” says Alliy, adding this usually means that an entrepreneur’s personal life will suffer.

2. Intrinsic passion for the business

These days entrepreneurs such Elon Musk or Ashish Thakkar are treated as rock stars. Alliy is however not interested in startups simply in it because it’s the “cool” thing to do.

He looks for entrepreneurs with a genuine interest in their ventures. Starting a new business is tough, and to persevere through the hard times entrepreneurs need to have an intrinsic passion for their industry.

Savannah Fund recently invested in South African-based online baby products retailer BabyGroup. Alliy says one of the reasons for backing BabyGroup was because he was impressed with co-founder and MD James Townsend-Rose’s unconventional thinking.

When Alliy asked him where he sees the business in the future, Townsend-Rose didn’t give the usual response saying he wants to list on the stock exchange or be bought by another company. No. He wants to be the one acquiring an established player in the market – Baby City, a large bricks and mortar retail business in South Africa.

“He is not thinking conventionally. He is thinking ‘I’m going to build this bigger than Baby City, and I’m going to acquire them and have a retail presence’. I’m looking for those kinds of people… they think bold and they should be the ones we fund,” notes Alliy.

4. Knowledge of the industry

Entrepreneurs generally don’t like working for someone else, but having experience within the industry your startup operates, is definitely a plus, according to Alliy.

If you want to build an enterprise software company, it would help if you have worked at SAP or Oracle and have an understanding of how your future competitors operate. A healthcare startup would benefit by having someone with medical experience in its team.

Alliy says he likes entrepreneurs who know how the corporate environment works, but are rule-breakers who can reimagine their industries.