There is a strong demand in Africa for quality, world-class private healthcare, especially from the emerging middle-class, foreign investors, government and health insurers. 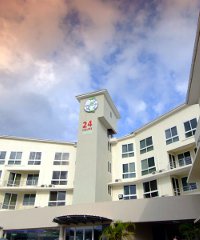 So says Peter Botha, chief executive of African Medical Investments, in a new report by the Economist Intelligence Unit, sponsored by Janssen, titled “The future of healthcare in Africa”.

London-listed African Medical Investments currently operates private hospitals in Zimbabwe, Mozambique and Tanzania, while it is looking to grow its footprint into Kenya, Ethiopia, Nigeria and Uganda.

Botha says that the private sector experiences many of the same human resource constraints as the public sector. According to the report, African Medical Investments faces challenges in attracting more specialists to increase the range of services in its hospitals. “To get a good cardiologist, neurosurgeon or orthopaedist doing joint replacements is extremely difficult. You have to cater to what the market is allowing you to do because of the supply of skills. Our main challenge is to entice a specialist to come to Africa,” he says.

Not all private healthcare companies are concentrating on the high-end of the market. Liza Kimbo, a Kenyan entrepreneur and chief executive of Carego Livewell, is targeting the “middle 60% of the population that can afford to pay something”.

In less than three years, Kimbo opened five clinics in and around Nairobi. The organisation’s typical patients include low-income day labourers who cannot afford to lose wages by waiting in the lines at crowded public hospitals.

“A growing urban middle-class is willing to pay for better treatment. This has opened the door to the private sector, which is starting to play a new role, often working in partnership with donors and government to provide better healthcare facilities and increased access to medicine at an affordable price,” says the report.

However, some stakeholders are more sceptical about the role of the private sector in healthcare. “The government should still provide a basic, but essential, level of healthcare for free, and not just preventative but also curative. The private sector should be filling the gaps,” says Unni Karunakara, international president of Médecins Sans Frontières.

The report also identifies an opportunity for companies to boost local drug and healthcare product manufacturing on the continent. “With a few notable exceptions, such as South Africa’s Aspen, a manufacturer and supplier of branded generic medicines, there is little domestic pharmaceutical production on the continent, leaving many countries dependent on imports from Indian and Chinese generics companies.”

Emmanuel Mujuru, acting chairman of the Southern African Generic Medicines Association, says the drugs that are manufactured on the continent, are generally simple medicines such as painkillers. “The active pharmaceutical ingredients [for newer, more specialist drugs] aren’t available.”

According to the report, donor funding can be partly blamed for unstable pharmaceutical markets in Africa that in turn discourage local manufacturing. “Donations in some African countries have had a negative effect, shutting out the local industry,” explains Mujuru, noting that Zimbabwe had experienced this challenge first-hand. He gave one example in which a local manufacturing company for mosquito nets treated with anti-malarial solutions was pushed out of business because of large donations of nets from a multilateral agency that sourced its products from outside the country.