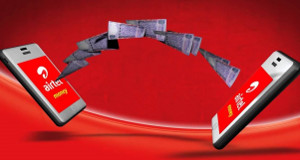 Airtel Money customers will soon be able to transact across borders in East Africa.

Cross-border remittances set to get easier in East Africa

Pan-African operator Bharti Airtel, which has operations in 20 African and Asian countries, is set to launch the pilot phase of a cross-border money transfer product in East Africa on 1 November. The initiative is the first of its kind in Africa, and will allow Airtel Money customers in Kenya, Uganda, Tanzania and Rwanda to transact across borders.

The process of removing barriers to mobile money transactions has been stepped up in the last few months, with Airtel again playing a role in the launch of an inter-operable service in Tanzania. Airtel and Tigo partnered for a cross-network transfer service that allows customers to send money to any recipient regardless of what company they hold their mobile wallet with.

Airtel is an ideal firm to begin this process of breaking down country and company barriers to the sending of cash via mobile, given its large African footprint. And the benefits to businesses and individuals are undoubtedly huge. Africans increasingly use mobile money for everything from paying utility bills to donating to charity. The growing sophistication of these services, which includes value-added options such as mobile lending and savings facilities, could be a significant boost for financial inclusion and economic growth.

Pan-African telecommunications company Liquid Telecom has announced further investment in its African expansion, saying it will spend US$34m over the next two years in laying thousands of kilometres of fibre across Rwanda and to the borders of neighbouring countries Burundi, the Democratic Republic of Congo (DRC), Kenya, Tanzania and Uganda.

Liquid said the investment will provide more businesses and homes with access to high-speed broadband. It represents the latest push in an ongoing expansion effort that has also seen the company construct East Africa’s first internet fibre network ring, connecting Kenya, Uganda, Rwanda and Tanzania with the rest of the world. In addition, Liquid says it plans to connect 7,000 Zambian households to fibre networks by June next year at a cost of $15m, while it is also building a satellite hub in South Africa.

The latest investment is further evidence of Liquid’s desire to become the biggest fibre provider in Africa, with its Kenya CEO Ben Roberts telling Bloomberg in September the company intends to invest $200m across the continent in the next two years, laying fibre networks and building data centres.

My previous article mentioned a reported partnership between global music streaming service Deezer and South African mobile operator Vodacom. Deezer has now signed another partnership with telecoms and media firm Millicom to launch the latter’s Tigo Music service in Ghana, Chad, the DRC, Rwanda and Tanzania, making a catalogue of over 35m tracks available to subscribers.

These partnerships mean Deezer is leading its global rival Spotify in Africa. In spite of earlier discussions with Vodacom, Spotify currently has no plans to launch in Africa.

The video-on-demand space (VOD) is also seeing greater activity, with South African companies such as MultiChoice, Telkom and Times Media Group launching services recently. They have now been joined by MTN South Africa, which says it will introduce its own VOD service in November. The company has already piloted the service offline, and says from November customers will be able to download and stream movies on a subscription basis.

Report after report points to the huge growth potential of the VOD and digital music sectors and African consumers look set to benefit from ever greater choice.