Africa Tech Trends is a new fortnightly column by Tom Jackson focusing on the most important developments in Africa’s technology industry and examining how technology is disrupting the way business is being done on the continent. 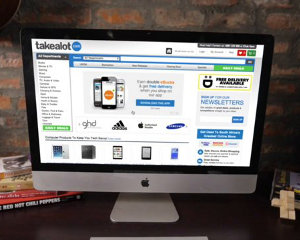 South African e-commerce firms Kalahari and Takealot have agreed to merge their operations.

Two of South Africa’s largest e-commerce firms, Kalahari.com and Takealot.com, have agreed a merger, subject to approval from the country’s competition commission. The new e-commerce powerhouse will operate under the Takealot brand. Kalahari is owned by Naspers, and Takealot recently received US$100m in funding from Tiger Global. Naspers and Tiger Global will each have a 41% shareholding in the business.

The companies said the move was driven by the need for South African e-commerce players to scale sufficiently in order to compete against the likes of Amazon and Alibaba, with both Kalahari and Takealot having been loss-making enterprises for the last few years.

Naspers has already restructured its e-commerce offerings once this year, with its subsidiary MIH Internet Africa closing the likes of SACamera, 5rooms, Kinderelo, Style 36 and 5Ounces earlier this year to focus on Kalahari.

Though e-commerce in South Africa continues to garner large investments and uptake is on the increase, local firms have struggled to scale, face issues with customer trust over security and have failed with attempted launches in other African countries, notably Kenya.

By partnering with South African operator Vodacom, music streaming service Deezer has beaten global rival Spotify to Africa. Vodacom is to offer its 32m customers access to Deezer’s premium service for free for a short period before charging users US$5.45 per month. Spotify, meanwhile, is yet to launch in Africa in spite of earlier discussions with Vodacom.

According to the Digital Music Report 2014 from the International Federation of Phonographic Industries (IFPI), digital technology and the growing penetration of smartphones is allowing the recording industry to reach greater numbers of African consumers than ever before, with Deezer joining the likes of iTunes and Simfy as well as local companies such as Spinlet, iROKING and Mdundo.

Another study, by Mahindra Comviva and Ovum Consulting, says Africa, along with India, Latin America and Southeast Asia, is one of the markets ripe to benefit from the huge global growth of digital music, and it seems now major international players are sensing the time is right to enter.

Nigeria’s telecoms sector is set to become more competitive after the country’s Bureau for Public Enterprises (BPE) obtained court confirmation for the appointment of a guided liquidator in order to privatise the former state-run firm Nigeria Telecommunications Limited (NITEL) and its mobile arm MTel, both of which are currently moribund.

The privatisation process is now continuing after long delays, with prospective bidders currently conducting due diligence on the company’s assets. Three previous attempts to sell the companies have failed.

Though all appears well in the Nigerian telecoms industry, with the sector’s compound annual growth rate (CAGR) between 2007 and 2013 estimated at more than 20%, all has not been rosy for customers.

In February, the Nigerian Communications Commission (NCC) fined operators MTN, Globacom and Airtel a combined total of NGN647.5m ($3.9m) for breaching a number of key performance indicators in terms of customer service, with MTN also banned from adding new subscribers for one month. The operators “reluctantly” agreed to pay the fines, though the Association of Licensed Telecoms Operators of Nigeria (ALTON) has said such fines will not improve the situation and the government should rather focus on designating telecoms towers as vital national infrastructure and freeing operators from punitive state government tax regimes.