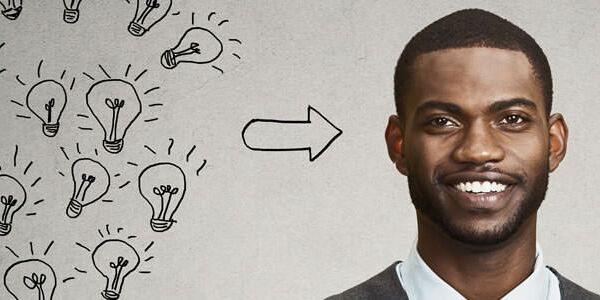 Earlier this year, Dr Pelonomi Venson-Moitoi, Minister of Foreign Affairs for the Republic of Botswana, called for an “innovation revolution” in Africa.

“African innovators live in a new era of opportunity enterprise where there is enormous need for innovation,” she said, adding that since Africa has the fastest-growing population on earth, it has huge human capital potential.

But she also pointed out that the heavy R&D costs associated with fostering innovation have meant that this activity has tended to be the privilege of wealthy nations until now.

I see Africa as a vibrant and bourgeoning continent full of many opportunities. But, of course, like any continent, it has its own unique set of challenges.

African innovators are not only hindered by R&D costs, but must also contend with other difficulties.

Wealth remains unevenly distributed between the cities and the rural areas where most of the population lives. Education systems require investment and even more so in critical STEM subjects. And, with more than 50 different countries in the continent, each at a different stage of economic, legal and political maturity, it is very fragmented, with intra-Africa trade and commerce driving only 15% of GDP.

Infrastructure development needs to be another key focus as it has been shown to be positively correlated with economic growth.

However, in sub-Saharan Africa it is estimated that poor infrastructure reduces economic growth each year by two percentage points.

The Africa Infrastructure Country Diagnostic study estimated the infrastructure needs of sub-Saharan Africa at slightly above US$93bn annually, yet less than half that amount is funded, leaving a financial gap of more than $50bn to fill.

It is also concerning that 72% of planned infrastructure projects in sub-Saharan Africa do not reach completion. There needs to be an infrastructure blueprint, more commercially viable projects, strong contract management and better project management.

The impact of this lack of infrastructure is real: logistics can be a struggle for African entrepreneurs. It is difficult for them to fulfil orders outside of major cities due to the poor quality of roads and a lack of trustworthy carriers.

So what can be done?

How technology can lead to financial inclusion

Despite the challenges, however, there are early signs that the innovation revolution that Botswana’s minister called for may not be that far off.

As she herself highlighted, Africa is home to five of the 10 nations that have the most start-ups.

Tech hubs have also appeared in a host of different countries, with a particularly strong showing in Ghana, Kenya, Nigeria, Morocco, Senegal and South Africa.

This probably helps to explain why most of these countries ranked highly on our latest Africa Attractiveness survey, in which we found that Egypt, Kenya, Morocco, Nigeria and South Africa collectively attracted 58% of the continent’s total foreign direct investment projects in 2016.

Another important development has been the increase in smartphone penetration across Africa. Between 2014 and 2016, the number of smartphone connections across the continent doubled to 226 million while the cost of a smartphone dropped from an average of $230 in 2012 to $160 in 2015, according to a report published by GSMA.

By 2021, a further half a billion smartphone connections are expected to be added, taking the adoption rate to more than half of total connections in the region. The implications of this for e-commerce, in particular, are immense.

In financial services, innovators have taken advantage of the rise of mobile phones and the absence of cumbersome legacy systems to create new solutions that support financial inclusion.

The success of mobile payments service in Africa is well documented – and a range of providers process billions of transactions annually.

Meanwhile, blockchain is being put to use by the member countries of the West African Economic and Monetary Union, which are using the distributed ledger technology as a basis for a new digital currency – the eCFA.

A Ghanaian start-up is also experimenting with using blockchain as a way to record land titles, which will allow people to prove that they own land so that they can borrow against it.

Importantly, technology has helped to drive the growth of microfinance businesses, which provide financial services to low-income people and small enterprises.

Kenya’s Equity Bank Limited, which won our EY World Entrepreneur Of The Year Award™ in 2012, did just this when they set out to empower ordinary citizens and business owners who were not served by existing bank services that reached only 6% of the population.

Thankfully, microfinancing groups are on the rise, but there is a need for even more flexible funding.

We know that artificial intelligence (AI) and robotic process automation are set to disrupt a long list of industry sectors from automotive through to professional services, with significant implications for labour markets in developed countries.

In Africa, where wage costs tend to be lower, there may appear to be less of a business case for AI, but actually it could dramatically boost economic development, particularly if it is applied in areas such as agriculture, education, healthcare, manufacturing and transportation.

In fact, some African pioneers are already exploring the possibilities of AI.

Over the last 150 years, Africa has been transitioning through the phases of economic development and maturity; from agrarian society, to the development of extractive industries, and now the journey into manufacturing and i-services.

With increasing economic development and maturity, parts of the continent should begin the transition to a digital-based economy, or what is being termed as the Fourth Industrial Revolution.

We cannot assume that this transition will happen automatically, however.

Policy makers and businesses both have a role to play in supporting innovation in Africa – policy makers by encouraging the growth of technology hubs, establishing strong legal frameworks and improving the quality of education systems, and businesses by investing in infrastructure and operations within African markets.

Sure, a digital revolution is within our grasp, but it will only happen if leaders work inclusively to empower this growth for the benefit of all.

Andy Baldwin is an area managing partner for Europe, the Middle East, India and Africa at EY. This article was originally published by the World Economic Forum.