Just how big is the Zimbabwe economy and how upbeat should one be about growth prospects? 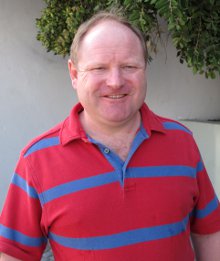 The questions are taking on growing importance for investors who have already bought into the Zimbabwean market and those thinking about it.

The IMF and the mid-term review of Zimbabwe Finance Minister, Tendai Biti, incline to caution. Yet local companies are much more upbeat, according to an assessment from Imara Asset Management Zimbabwe, a subsidiary of the pan-African Imara financial services group.

In his latest analysis, John Legat, chief executive of Imara Asset Management Zimbabwe, notes: “We find it hard to understand why both the IMF and government are being as cautious as they are. Their views give a rather sobering view of the economy rather than an upbeat and exciting outlook for a country barely in its second year of reform.”

The IMF believes Zimbabwe has an economy worth just over US$5 billion, though it admits supporting data has “serious shortcomings”.

Legat thinks the IMF arithmetic does not add up and uses the neighbouring Zambian economy – worth US$14 billion – as a yardstick. The countries have populations of a similar size, but until its ‘lost decade’ Zimbabwe’s economy was about 50% bigger.

Zimbabwe’s agriculture, tourism and manufacturing sectors gave it the edge over its copper-rich neighbour. By some measures, Zimbabwe still outdoes its neighbour.

In 2010 Zimbabwe’s Econet mobile phone service expects sales of about $500 million while Zambians are expected to spend about $280 million with Zain, their major network provider.

Legat notes: “According to the IMF and government, Zimbabwe’s gross national product per capita is $450, which compares with Zambia at $1,200 per head. Spending patterns in both countries suggest the opposite!”

Government’s mid-term review estimated the half-year value of platinum, ferrochrome and gold shipments at $550 million, suggesting that full-year shipments would run to $1.2 billion – though Legat expects the figure to be higher.

He adds: “Excluding manufacturing and tourism, exports from agriculture and mining might top $2.3 billion or higher in 2010. That’s a bigger number than the IMF forecast that includes manufacturing exports.”

Zimbabwe’s mid-term review indicated that half-yearly tax revenues were 12% above target, VAT receipts were 9% above budget and PAYE was 22% higher than projected. Corporation tax was 54% above target.

Yet the mid-term review reduced government’s economic growth forecast from 7% to 5.4% while the IMF revised its down to 2.2%.

“We remain unconvinced,” says Legat, “and further don’t believe the underlying number used for the economy – $5 billion – is correct.

“In last year’s December budget, the government revised up the size of the economy from $3.5 billion to $5.1 billion. We would not be surprised to see a similar re-rating in future.”

Imara stands by its 2009 assessment that Zimbabwe’s formal economy is worth $8 billion to $10 billion.