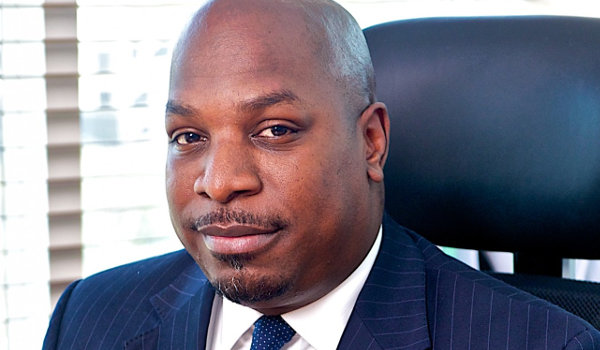 In some African countries, such as Kenya, there have recently been concerted efforts to encourage young people to venture into agriculture. But many youths have negative perceptions towards the sector, associating it with dirt and poverty. There are also various barriers to entry for the youth, such as lack of access to land and financing. In addition, the industry itself suffers from poor infrastructure, bad policies and weak market structures that have frustrated farmers for decades.

So is it realistic to expect young people to overcome all these hurdles? How we made it in Africa speaks to C.D. Glin, associate director for Africa at The Rockefeller Foundation, about why the narrative of youth and agribusiness needs to go beyond crop production. Below are edited excerpts.

Where are the opportunities in agribusiness for young people?

I think the entry point doesn’t always have to be in production in terms of actually tilling the land yourself. You can get involved at other points of the value chain – anything from the storage, processing, packaging or distribution. There are probably more entry-level, early-stage opportunities that can enable you to really understand what happens when crops leave the farm. It could be working at a supermarket in the dairy section or at a dairy-processing company, and then working your way back to actually owning cows.

I think the attractiveness of agriculture is going to come to the youth from beyond the farm. It is going to come from ICT, for example. Think of how to digitise the process of milk going from a farm to a store shelf, or doing actual milk transportation, or doing the marketing. We need to really expand the narrative to attract young people.

Something young people should ask themselves is, where is the money? Where is the money made in agriculture? Is it made on the production side or on the value-addition side? Is the money made on growing mangoes on the farm, or on processing those mangoes into dried fruit or juice? One kilo of fresh mangoes can sell for Ksh.100 (US$1), while one kilo of dry mangoes sells for Ksh.700 ($7). You make more money just by drying the mangoes and then selling them on the shelf, as opposed to selling them fresh on the roadside.

So if young people want to get involved in agriculture they should think about where it makes more sense to play. They should follow the money – the value addition, processing and storage part of the equation. The gap really is in value addition, especially with urbanisation and rising consumer spending.

From your observations, are young people actively getting into the industry, and which areas appear to be of interest?

It is really interesting. One area I see young people interested in is production, but not necessarily the production of cereals and grains. I don’t see young people getting excited about being maize farmers or sorghum farmers. I can tell you the success story of a guy who used to work in a bank and started growing strawberries through vertical gardening, and became a distributor to formal retailers here. So I see young people being interested in agriculture beyond cereals and grains. They are interested in horticulture and cash crops – not necessarily coffee and tea, but crops like avocado or mangoes. Higher value crops where you can see real dollar value from your level of effort.

Another area is in the ICT space. Is there an app for that? They are thinking of and building innovations around weather prediction, information sharing, disease prevalence and so forth.

But many tech start-ups targeting the agriculture sector have failed to generate real traction. Aren’t we overplaying the idea that I can build an app and manage to sell it to a 70-year-old farmer?

There have been surprising things that’ve happened in terms of technology adoption. Think of just using a phone to call the middleman. Twenty years ago you had to walk to go look for that guy.

Adoption is driven by the incentive and the value proposition. Does using this phone make my life easier and is there an economic return to the utilisation? Smallholders, whether rural or urban, are very economically rational. They don’t do things for the sake of doing. They won’t change to using a smartphone just because it is the newest thing. They don’t want to be early adopters. But if they understand that by using a certain mobile solution will save them X amount of money, that becomes an incentive to at least try. Let us not underestimate the speed and rate of change that can happen.

Think about M-Pesa – a grandmother in a rural village is transferring money without ever using paper. So let’s not underestimate the speed of change, but I agree with you, let’s also not overplay it.