Agribusiness in Sustainable Natural African Plant Products (ASNAPP), an NGO with offices in a number of countries across the continent, recently identified Namibia’s capital Windhoek as one of three areas in Southern Africa that hold good potential for the cultivation of fresh produce or food processing. The other two agribusiness ‘hotspots’ are Tete in Mozambique and Zambia’s Copperbelt area. 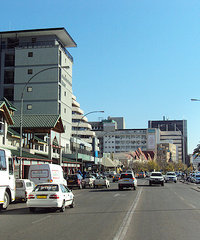 ASNAPP says that the horticulture industry in Namibia is relatively small, and the bulk of fresh fruit and vegetables are imported from South Africa.

Namibia has a food-hungry neighbour in the form of crude oil producing Angola to the north, and links to the growing agriculture economy of landlocked Zambia through the Trans-Caprivi corridor. Both Angola and Zambia have conditions far more suited to fresh produce cultivation because of abundant water and land, and a more favourable climate. However, Namibia is strategically positioned to be an agricultural processing and trade/transport hub with its deep sea port of Walvis Bay, which is linked to four major corridors: the Trans-Kalahari, Trans-Cunene, Trans-Oranje, and Trans-Caprivi corridors.

Windhoek is the capital city of this arid Southern African country, and is the cross roads for the above mentioned corridors, which effectively link Namibia with trading centres in Angola, Botswana, South Africa, Zambia and Zimbabwe. Windhoek is also the largest market for high-value horticulture fresh produce in the whole of Namibia.