Famous Brands, a leading South African quick service and casual dining restaurant franchisor, is teaming up with Shoprite Angola to launch the first Debonairs Pizza outlet in that country, to be operated by the South African retailer as a master franchisee. 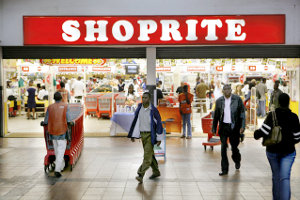 This arrangement follows a successful pilot project undertaken in 2013, when Shoprite opened a Debonairs Pizza restaurant inside one of its supermarkets in Eldorado Park, a suburb of Johannesburg, South Africa.

According to Darren Hele, head of food services at Famous Brands, such ideas come about when you work hard with partners and discuss areas of collaboration.

Scheduled for launch in January 2015 in the city of Benguela, about 540km from Luanda, Angola’s capital, the venture is projected to create about 10 jobs an outlet, dependent on how well the business does. There are plans to open up six more restaurants in other Shoprite outlets elsewhere in the country. But according to Hele, there is no ambition to extend this innovative franchise arrangement to rest of Africa at this stage.

He insists, however, the unique collaboration between Debonairs Pizza, a leading take-out and home delivery pizza chain in Africa, and Shoprite, the continent’s biggest retailer, is a long-term co-operation. It will entail Debonairs Pizza piggybacking on Shoprite’s infrastructure in Angola, where the retailer has traded for 11 years, with 20 Shoprite supermarkets operational in the former Portuguese colony.

Why was Angola chosen to pioneer the innovative project?

“Angola is a lucrative market where we currently have no presence, and Shoprite has done a phenomenal job there. We are slotting in with their development plan,” explains Hele.

The Debonairs Pizza brand, first introduced in 1991, has an expansive footprint comprising 500 restaurants. After its Angolan foray, it will be present in 14 countries in Africa and the Middle East.

Adrian Basson, CEO of Shoprite’s fast-food chain Hungry Lion, commented: “We realised some time back that partnering with a quality pizza brand to work alongside our established chicken brand was a win-win solution. The synergies that exist between the Debonairs Pizza and Hungry Lion brands are very exciting, and the team will investigate opportunities to roll this concept out to other African markets over the short-term to medium-term.”