The recent natural gas discoveries off the coast of Mozambique are important because of the size of the reserves as well as the country’s relative proximity to markets in Asia, says Adi Karev, global oil & gas leader at Deloitte Touche Tohmatsu. 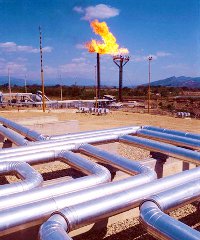 “This is rather close to the largest potential market for liquefied natural gas (LNG), which is Asia. It is easier to export from offshore Mozambique to Asia than it is from many other places,” Karev told How we made it in Africa in an interview.

“This could be one of the most important natural gas fields discovered in the last 10 years, with significant long-term benefits for Mozambique,” said Jim Hackett, Anadarko chairman and CEO, in a recent statement. “In parallel, we’ve continued to advance an expandable LNG development that will support this world-class field. This is great news for Mozambique, as our ongoing activities will continue to spur meaningful investment in the region, generate significant revenue for the government and offer a multitude of opportunities for the people of Mozambique.”

According to Karev, there is currently substantial “world attention” on Mozambique’s gas reserves. He said many more companies are likely to join the action. “This is deep water offshore … There aren’t that many players that have the capacity to in fact invest in this by themselves because this is very expensive. Consequently I suspect there will be … a lot more joint ventures.”

What will be the impact of the findings on Mozambique’s economy? “That depends very much on how the government is going to in fact set up the framework that allows Mozambicans to be part of what is going on here … and assuming that they will set up the right levies and assuming there will be sufficient financial incentives for other players … the effect can only be positive,” Karev explained.

He said although there are many cases in Africa where significant discoveries of oil & gas led to economic ruin, one has to be optimistic. “You can always find a worst-case scenario, and indeed they exist. We hope this will be a little different. But is it guaranteed that it will be a little different? The world is full of examples of where this was a boom to a country … an incredible push for the growth of an industry, for the growth on an economy, for labour, education, you name it. On the other hand there are examples where it became nothing but a selected few’s … opportunity for enrichment.”

Karev said that the Mozambican government could review its taxation and regulatory policies, possibly delaying large investments until there is more clarity. “One of the things that usually happen is that the government tends to realise that in fact what they have is a gold mine, and that they have to rethink from a regulatory and levies perspective in order to properly participate in the game. I think, if I remember correctly, there have been some publications about the fact that … the [Mozambican] government is now rethinking some of their tax and levies and regulatory environment, in order to make sure there is sufficient participation by the citizens of Mozambique. That would tend to delay major investment decisions …”

There have been calls in South Africa for the country to reconsider its energy policy and to embrace neighbouring Mozambique’s gas reserves. “The significance for South Africa is that these discoveries should wipe the nuclear option off the table. We now have enough gas on our borders to generate all the electricity we could ever use. It will be the easy way to reduce our carbon emissions,” said Michael Bagraim, president of the Cape Chamber of Commerce.

Karev noted that it would make sense for South Africa to at least review its energy policy in light of Mozambique’s gas discoveries, but that “every country should aspire to have some level of energy independence … it wouldn’t be smart to jump the pendulum and swing it all to natural gas just because Mozambique has it.”