Consulting firm Mercer’s 2012 Quality of Living report has revealed Port Louis, Cape Town and Johannesburg to be the African cities with the best quality of living for expatriates. However, overall Africa has ranked poorly in the report that ranks 221 cities across the world. 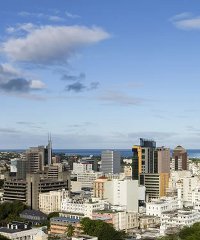 Port Louis, the capital of Mauritius, has been ranked as the African city with the best quality of living for expatriates.

“In order for multinational companies to ensure their expatriates are compensated appropriately and an adequate hardship allowance is included in compensation packages, they must be aware of current events and local circumstances,” said Slagin Parakatil, senior researcher at Mercer. “Factors such as internal stability, law enforcement effectiveness, crime levels and medical facilities are important to consider when deciding on an international assignment, and the impact on daily life that could be encountered by the expatriate in overseas placements.”

In Africa, the highest ranked city in terms of quality living is Port Louis in Mauritius in 82nd place, followed by South Africa’s Cape Town (89th) and Johannesburg (94th). These rankings mirror last year’s, with Cape Town slipping by just one position from 88th place. Victoria in the Seychelles just makes the top 100 at 96th place.

One of the major climbers up the quality of living rankings for Africa is Maputo, the capital of Mozambique. According to the report, Maputo has advanced by 16 positions due to factors such as improvements to infrastructure and recreational facilities.

While Iraq’s Baghdad is labelled this year’s city with the lowest quality of living, African cities make up three of the bottom five rankings in the list. Ranked second lowest is the Central African Republic’s capital Bangui at 220th place, with Chad’s N’Djamena (218th) and Sudan’s Khartoum (217th) following close behind.

“In March 2012, a coup d’état was launched by military putschists in Bamako, Mali,” explained the report. “A new government has since been formed, but the country remains divided. Protests have escalated into rioting in Bamako. With these greater safety risks and limitations on personal freedom, Bamako’s quality of living declined significantly in 2012 (dropping 12 points in our ranking).”

The report also included for the first time a ranking of the 221 cities in terms of infrastructure.

“Infrastructure has a significant effect on the quality of living that expatriates experience,” said Parakatil. “While often taken for granted when functioning to a high standard, a city’s infrastructure can generate severe hardship when it is deficient. Companies need to provide adequate allowances to compensate their international workers for these and other hardships.”

Only three African cities made the top 100 in terms of quality of infrastructure. These include Port Louis (91st), Cairo (95th) and Cape Town (97th). Tunisia’s largest city and capital, Tunis, just missed the top 100 at 103rd place.