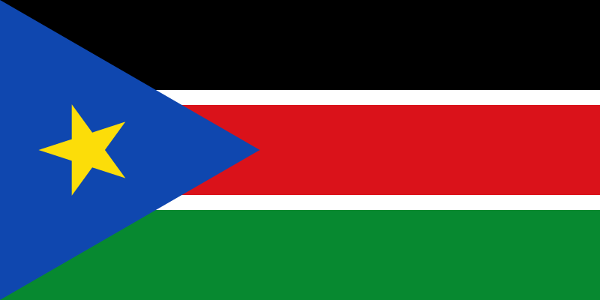 South Sudan’s accession to the East African Community could prove a major step forward in the economic development of the world’s newest nation.

On March 2, the East African Community Heads of State Summit admitted South Sudan as its newest member. Accession negotiations had commenced in November 2014. The relatively accelerated timeline to its conclusion is a strong indication of the willingness of all sides to admit South Sudan to the community.

To date, oil revenues have financed more than 90% of South Sudan’s budget. Such singular reliance on commodity and resource revenues is generally a risky and unsustainable approach to development.

This is true of South Sudan. The civil war that broke out in 2013 disrupted oil production. This was compounded by the drop in oil prices from more than US$100 per barrel in 2013 to $35 per barrel currently. These two factors mean that South Sudan can no longer rely on this source of revenue. Hence, regional integration will be an important route to diversifying its economy.

One of the major hindrances facing South Sudan in participating actively in regional and world trade has been high transport costs. South Sudan is a landlocked country with poor domestic infrastructure. Most of its road network is unpaved.

Studies of informal, cross-border trade between Uganda and South Sudan show substantial mark-ups on goods once they enter Juba market. The largest portion of the increase in price is attributed to transport costs as well as other stamps and duties along the way. This is particularly challenging for a country like South Sudan that relies primarily on imports.

As part of the East African Community, South Sudan will be able to benefit from ongoing and future regional infrastructure projects. These include the port that is being constructed in Lamu, Kenya, and the EASSy cable, a 10,000 km submarine fibre-optic cable along the coast of eastern and southern Africa.

As infrastructure development is an expensive undertaking, regional collaboration will be vital for improving South Sudan’s connectivity. Improved connectivity will, in turn, lower transport costs and thus the price of consumer goods in the country. At the same time, it will also improve access and competitiveness in regional markets for South Sudanese exports.

In terms of economic diversification, agriculture is one potential area South Sudan could capitalise on. According to some estimates, 70% of land in South Sudan is suitable for agriculture, but less than 4% is currently being cultivated.

If South Sudan can move towards mechanised agriculture, it not only has the opportunity to increase in-country production, but also to potentially export to the region. For example, the extensive flood plains of the Greater Bahr-el-Ghazal and Upper Nile areas may be suitable for rice production. To ensure its products are competitive, investments in infrastructure and connectivity will be essential.

In the short-term, there will be some costs to accession. However, many of these costs can be mitigated with appropriate negotiations and domestic reforms. In particular, there is the potential that the cost of living may increase for consumers, as in some cases the current customs tariff bands in South Sudan are lower than the common external tariff it will have to adopt.

Rwanda is an example of a country that faced a similar challenge and managed to mitigate the effects by negotiating various flexible arrangements, including longer transition periods for implementation. South Sudan has the opportunity to learn from and follow on Rwanda’s lead.

Labour costs in South Sudan are among the highest in the region. Years of conflict have left the population with low levels of education and skills. In the short-run, this may present another barrier for South Sudan in attracting foreign direct investment flows.

Rather than investing in South Sudan, firms may locate in other community countries and export their products to South Sudan, benefiting from the favourable tariff structure.

As South Sudan undertakes domestic reforms and investment in infrastructure to lower the costs of production, firms will increasingly look to locate there. Additionally the Common Market Protocol also provides for the free movement of labour.

Although this is a politically sensitive topic, it would be advantageous for the government to embrace it. Foreign labour could lower domestic costs of production while filling the skills gap. Furthermore, there are very likely to be spill-over effects in terms of skills for the domestic labour force.

It is an opportune moment for South Sudan to accede to the regional bloc. As the world’s newest country, it is still in the phase of developing many domestic laws, policies and regulations.

Rather than having to retrofit laws and regulations at a later stage, South Sudan can benefit from learning and adopting those that reflect best practice. This will not only facilitate smoother integration, it will bring about transparency and conformity into its national laws. This will act as a strong signal for the private sector and others that South Sudan is pursuing growth-enhancing economic reforms.

Despite costs in the short-run, significant benefits from South Sudan’s accession are expected to accrue in the medium to long-run. As successful examples like Rwanda have shown, regional integration can enhance growth and thus support poverty reduction.

South Sudan can learn from the history of existing East African Community members. It also then has a place at the negotiating table, which it can use to advocate for future policies that are advantageous for its domestic growth. But the key to unlocking and maximising the benefits of regional integration will lie in domestic reforms targeted at creating a stable and competitive macroeconomic environment.

Astrid R.N. Haas is a country economist for South Sudan and Uganda at the International Growth Centre. This article was originally published on ‘The Conversation’.