Foreign direct investment (FDI) into Africa has been on the rise. Walmart, Yum! Brands and General Electric are just a few of the many multinational companies that are either entering new African markets or are investing heavily in their operations on the continent. However, while FDI inflows into African countries might be gaining momentum, they are still behind markets such as Asia. So what can African governments do to make their countries more attractive and open for investment? 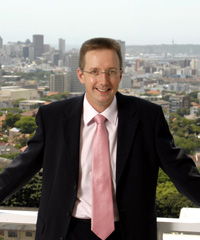 “This is a totally personal view and it is something I believe in quite passionately. I think that there are a million and one things that they can do structurally in each country, and some of them are doing great work… But for me the biggest thing that they can be doing is actually getting the investment opportunity story out there. I think in Africa we have been slow to do that.”

This was said by Anthony Thunstrom, chief operating officer for the Global Africa Project (GAP), in an interview with How we made it in Africa last week. GAP is a division of KPMG, a professional services firm with offices in 33 African countries. The firm has also announced that it will be investing US$100 million in Africa to build up their capacity to serve global and regional clients.

Thunstrom believes that African countries should not rely on third parties to tell the African story, but should get the right people from the country promoting the investment opportunities themselves to private equity houses, bankers and major multinationals.

“The reality is if you actually go to Ghana and you spend the week talking to business people in Ghana, taking a look at the opportunities that exist in Ghana – just as a random example, and that applies to 10 other countries in Africa – you are absolutely blown away by what can be done in those countries and you walk out of there absolutely determined to do business there,” explained Thunstrom. “The problem is, and you see it so often in talking particularly to international multinationals [who haven’t visited the continent], they don’t really have that same perspective.”

For this reason, Thunstrom said he often suggests that KPMG clients visit various countries in Africa to see what opportunities exist. “One of the things that we actually do is we quite often… will accompany them through our KPMG network to a particular country or a couple of countries that they might be interested in. And just the change in attitude that you see… from the scepticism before they get there to their reaction when they are actually on the ground; they see business working, they see the kind of profitability and returns that can be generated. All of a sudden it is almost like the veil has been lifted.”

Thunstrom added that, in his experience with multinationals eyeing the African market, once they have actually seen the substance of the African story they generally tend to jump on board. “I would go as far as saying it is probably a 95% hit-rate. Once you have had those discussions, at some point in the next 6-12 months you typically are going to get a follow-up with a real interest.”

“So for me it is about getting [the African story] out there,” he continued. “Going to the international capital markets, speaking up Africa, realistically obviously, but speaking up the opportunities and not just hoping that someone is going to come and knock on your door and want to invest.”

Another way African countries and governments can attract FDI is by reforming the ease of which a company can do business. According to Thunstrom, some African countries have outdated laws and even tax regulations that were written many years ago.

“Even practices in country versus how it is written down in the statute are often quite different,” added Thunstrom. This can make it difficult for multinational companies to do business and discourages them from investing and doing business in these markets.

The 2013 Doing Business report highlights Rwanda as one of the countries in the world that has made great strides to improve its business environment. “It is probably the shining light in Africa at the moment in terms of regulatory reform,” said Thunstrom.

“We have certainly seen countries – that have decided that they are really keen for investment – put in place really attractive tax incentives,” he continued. “So essentially if you are putting a big investment into a country, maybe you don’t pay income tax for the first five years – or something along those lines – and for a major multinational that could be really, really attractive.”

Thunstrom added that typically African countries have started to slacken a bit in this regard with pressure on governments to derive revenue and not to “give people a free ride”. “But where it has been done it has been really attractive.”