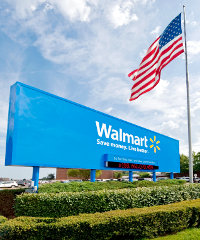 Massmart currently commands around 10% of the retail market in South Africa (through the Makro, Game and Foodco brands).

The deal was first announced in September 2010, when Wal-Mart had offered to acquire a 51% stake of the South Africa based consumer goods distributor, Massmart. After much consideration by the Competition Commission over issues such as job losses and local procurement raised by the South African labour unions, Wal-Mart finalised the deal in June 2011. However, the South African government later decided to review its decision to allow Wal-Mart to purchase a controlling stake in Massmart, raising product sourcing and other public interest issues. Nonetheless, the Competition Appeal Court has now finally given Wal-Mart the go ahead for its acquisition.

Wal-Mart is clearly investing in Massmart as it has a specific interest in the growing middle class and the potential economic growth in South Africa and Africa as a region.

Globally, there is a general increased curiosity in Africa and in the consumer sector in particular. McKinsey estimates that by 2015, 221 million additional basic-needs consumers will enter the market in Africa.

While Wal-Mart has not revealed its strategy on how it aims to grow its market share in the high growth developing markets of Africa, we think it will require careful scrutiny given the dynamism of the African consumer.

In its report, Africa’s path to growth: Sector by sector, McKinsey clearly states that the African market is dynamic with large differences in spending power and consumer behaviours. This implies that a one-size fits-all approach will definitely not work.

Firstly, it should be noted that affordability levels still remain low in most African countries as 95% of the population and 71% of the income remain at the base of the pyramid. This implies that companies will not be able to build sizable businesses through premium goods alone. There is need to reinvent business models so as to deliver the right products at the right price point. Brewers such as SABMiller, operating in Africa have largely used this approach so as to meet consumers’ needs effectively and also compete against local players.

Secondly, a number of product categories are still not fully developed. For example, usage per capita of toothpaste is lower than it is in comparable Asian countries. In addition, data about consumers’ needs and behaviour are scarce, making it harder to develop specific consumer insights. The state of the communications media and education levels in certain African countries also make it challenging to reach consumers with specific product messages.

Thirdly, distribution and route to market systems in Africa are largely underdeveloped. Traditional mom-and-pop shops, open markets, umbrella vendors, and the like still dominate the retail scene especially in markets such as Nigeria. Poor roads and infrastructure also make delivering products to consumers a daunting task, so companies will need to build strong sales and distribution networks by leveraging a mix of third party, wholesale, and direct-distribution models.

Generally, we think that firms looking to expand in Africa should take a leaf from FMCG companies such as Unilever that have solved the problem by segmenting African markets into various tiers, according to market potential and competitive dynamics. For example, in markets where consumers have low spending power and the infrastructure is poor, Unilever has simplified production by minimising the number of SKUs (stock keeping units), built strong distribution partnerships, concentrated marketing expenditures at the point of sale, and used smaller pack sizes to increase trial purchases and volumes. On the other hand, the company takes a totally different approach in relatively wealthy areas, as consumers are easier to reach, using direct distribution and sales and a full suite of SKUs.

In conclusion, while we applaud Wal-Mart’s move of tapping into the developing markets in Africa, we highlight that competing in Africa is not only a share game. While Massmart already has relative success in its sub-Saharan Africa businesses, we believe that the new enlarged group will need to bring a market development mindset and invest in consumer education and non-traditional marketing techniques in order to succeed on the continent.