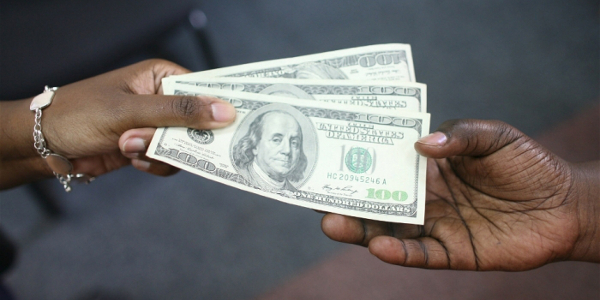 Events over the last few years are slowly but surely slowing down Africa’s stellar economic growth. If the continent’s political leaders do not proactively adopt the necessary economic policies to restructure their economies now, their own political futures, as well as the future of Africa, will be at risk.

These events originate mainly from outside Africa, but with globalisation, their impacts are being felt by many African countries and their consequences can be disastrous. The imminent rate hike by the US Federal Reserve, as well as the current appreciation of the dollar, will add on to the many risks already faced by the continent.

Since the end of the quantitative easing by the Federal Reserve in October 2014 and the first rate hike in December 2015, the Reserve has been delaying the next interest rate increase due to global economic uncertainties that may affect the fragile US economic recovery. But for the coming meeting of the Federal Open Market Committee (FOMC), the financial markets are expecting with near certainty that there will be a second rate hike. Although this will be a decision based on the economic outlook of the US economy, the impact of this rate increase will be worldwide – and that includes Africa.

According to data from the World Bank, for 2015, the gross domestic product (GDP) of the top 10 African economies represents about 78.2% of the overall GDP of Africa. The top five economies are Nigeria, Egypt, South Africa, Algeria and Angola, representing about 63% of the African GDP. From 2005 till 2015, compared to the US dollar, the local currencies of these respective countries have depreciated by 47%, 33%, 101%, 37% and 38%.

In 2016, until December – according to data from Trading Economics – the currencies of every country but South Africa depreciated. The Egyptian pound depreciated by more than 130%, the Nigerian naira by nearly 60%, the Angolan kwanza by about 22% and the Algerian dinar by 3.6%. Moreover, there are at least 33 countries in Africa that have their currencies on a depreciation trend against the US dollar.

Over the last five years, the Intercontinental Exchange (ICE) US dollar index has increased by about 25% – it increased by 3% since November alone, following Donald Trump’s presidential victory. Capital markets view Trump’s potential fiscal stimulus plan favourably. Consequently, more than $1.7trn has been dumped into US equities markets. Since Trump’s win, the Dow Jones Industrial Average has increased by about 8%.

From January to the end of November 2016, the MSCI World Index increased by 5.59%. In contrast, the MSCI Frontier Market Africa Index decreased significantly, by 12.88%, 17.95% and 9.69% in 2014, 2015 and 2016 (to end of November). This means not only are the African capital markets underperforming, but there has also been a significant capital outflow from Africa to other world financial markets over the last few years.

At the FOMC meeting, the Reserve will deliberate its monetary policy and decide whether to increase rates in response to the economic outlook of the US. But this potential rate hike will have an impact on the US dollar, as well as the cost of debt in the world. If African countries are not prepared for this financial shock, this will negatively impact their economies in the coming years.

Due to the global financial crisis in 2008, many developed countries have implemented massive economic stimulus that includes quantitative easing, as well as zero or negative interest-rate policies. With the cost of debt relatively low, more than 12 African countries have tapped into the Eurobond market in the last five years. These countries are exposing themselves to more than $35bn worth of Eurobonds.

The issue is that not only many of these African countries do not fully understand their market and credit-risk exposure, but except for the South African rand, that they do not have the governance and diligence to manage these debts judiciously. Hence, because of the Reserve’s monetary policy, which is aimed at increasing rates in the short term, these countries are facing significant currency and interest rate risks. If they are not careful in managing these financial risks, they may face a credit default. Subsequently, this may lead to a downward spiral with a credit rating downgrade and a higher cost of debt.

Ghana is currently facing a debt crisis that needed an IMF bailout of $1bn last year. Ghana was one of the first few countries to issue $750m worth of Eurobonds in 2007 and has accumulated about $3.5bn of Eurobond debt to date. With the drop in commodity prices over the last few years, it could not manage its overall sovereign debt of about $23bn and had to seek IMF assistance. Being in IMF purview means implementing difficult economic austerity measures and reforms. The struggling economy caused former President John Mahama to be ousted in the recent elections.

Egypt is another country that is negotiating a $12bn IMF bailout. Nigeria has worked with the African Development Bank for a $4.1bn loan for the next 2 years. After the ‘Tuna Bond’ scandal, Mozambique and the IMF are working on a new aid programme. Zimbabwe is the extreme case, since international financial institutions remain adamant that it must clear its former debts before any future deals will be considered.

Many African countries, who depend on dollar revenues from the export of their natural resources, may eventually be unable to manage their fiscal debt because of the drop in commodity prices. Moreover, with the depreciation of their currencies, they also face increasing inflation, when their imports are quoted in dollars. And with a rising population and a slowing down economy, increasing unemployment will be unavoidable. This will lead to many countries experiencing the effects of stagflation.

To make matters worse, when the population feels that the economy is stagnating, with a depreciating currency, they will start hoarding dollars as a preservation of their wealth. As a result, this will lead to the dollarisation of the economy. For instance, in Nigeria and Egypt, there is a thriving black market for the US dollar, with people exchanging it at rates well above the official ones. This will lead to rising costs of doing business and even a slowing down of economic activities with the lack of dollars in the market.

As Africa gets more integrated within the global economy, it will experience more global market volatility. African political leaders need to have the courage and foresight to manage these economic risks. The countries that can implement the necessary economic reforms to strengthen their economic resilience will be the ones enjoying high and sustainable economic growth in the future.