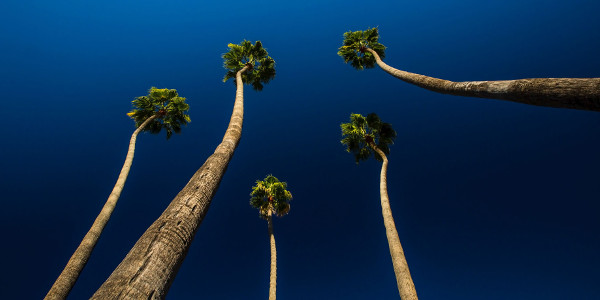 You’re a successful startup, but essentially still running everything yourself. Suddenly, you find yourself growing too fast, maybe some growth hacking paid off, but it becomes a struggle to keep a close eye on every aspect of your business. What do you do?

You need to take a 360-degree overview of the business to make sure you’re not just thinking about the numbers. Your team needs to have the right mindset for your current phase of business development, and someone needs to make sure that everyone is on the same page.

Startups can be especially vulnerable to mindset mistakes. It’s tempting to hold on to the mentality that got you off the ground when you were just a few people in one room, but now you have customers and real momentum, things will have to change. For many startups, scaling is simply about more of everything, but this isn’t always the right way to go. Bob Sutton, organisational behaviour expert at Stanford’s School of Engineering, says, “The hallmark of successful scaling is to know when to hit the brakes so you can scale faster later. There are lots of things that used to work that don’t work anymore, so you have to get rid of them. There are probably a bunch of things you’ve always done that slowed you down without you realising it.”

It’s also important to be aware of other business mindset traps at times of drastic change such as groupthink.

Keep organisational culture as you grow

You’ll need to tie organisational culture to your launch mission and hold your current team accountable for upholding the core values. Give employees a sense of ownership by rewarding those who keep company culture more vibrant, and by making cultural growth a daily habit. Also, make sure your hiring process tests potential employees’ values. Olga Vidisheva, founder and CEO of Shoptiques, says, “Building a great culture starts with the first few employees, but it gets solidified through every additional hire thereafter. It’s up to them to help us maintain our positive can-do attitude as we scale.”

When scaling happens quickly, even companies with good brand clarity can falter because they lose focus on key things like mission and message. As a business grows, there may be motivation to reduce manufacturing, shipping and/or ground rent costs, but customers will always notice a decline in product or service quality. Seth Gaffney, co-founder of tech agency Preacher, says, “Many firms are tech platforms with brands built around them.” It’s easy to get a growing brand wrong. For instance, many younger consumers “demand that brands have values and a purpose. And now it is easy to see if companies abandon these along the way to save a few bucks,” says Gaffney. Keeping your brand consistent is a team effort and every department needs to be on board. Make sure your messaging is genuinely inspiring, as this will encourage employees to follow your brand guidelines.

If you’re experiencing massive growth, you may find that you can’t handle your fulfilment requirements. There are a few main solutions to this issue, so do some research to find the one that suits your business model best.

1. In-house order fulfilment: Managing warehousing and shipping operations yourself, in your own facility, with your own staff. This option is best if you already have warehousing space available.

2. Outsourced fulfilment: This means using order fulfilment centres, or larger-scale third-party logistics (3PL) companies, to stock, store, pack and ship orders for you. This option works well if you have large numbers of orders to fulfil.

3. Drop shipping: Using drop ship suppliers, who will deliver orders directly to your customers. Drop shippers will only bill you for the products you sell. This option is good for unpredictable or fluctuating volumes of orders.

4. Hybrid order fulfilment solutions: Pairing the above options, is also a popular solution for growing businesses.

5. Introduce a company-wide tool for better communication: Platforms like Slack funnel all messages to one place. Topics can be segmented by creating channels for various subjects or tasks.

6. Understand the cause of growth: Pinpoint exactly what sets you apart from your competition. Keep these aspects at the forefront of your business model.

Up-scaling is always daunting, but to smooth the process always try to understand the cause of growth, give employees a sense of ownership and keep customer experience a priority. Not yet at the stage of up-scaling? Get to know these barriers to business growth and how to overcome them.

Five companies that scaled too fast

Chinese mobile phone giant Xiaomi launched its first phone in 2011 and expanded rapidly, with sales surging to 57.6 million by 2014. However, in November 2016 the company admitted that it had still made no profit from its phone. In an open letter to staff in 2017, Xiaomi’s chief executive Lei Jun said, “In the first few years, we pushed ahead too fast… so we have to slow down, further improve in some areas and ensure sustainable growth for a long-term future.” Analysts are still concerned that Xiaomi could struggle to diversify its business away from hardware, which remains a low margin business.

American entrepreneur Jim Picariello launched Wise Acre Frozen Treats in 2006, making organic popsicles in a schoolhouse kitchen. After 18 months, he hired a single employee. Six months after that he hired 13 more and entered a 3,000-square-foot manufacturing facility. By the end of the year, the company had gone bankrupt. The product had won several awards, and interest in the company had skyrocketed. But unfortunately, he started hiring and buying equipment before he had the capital or revenue for long-term growth.

In 2012, Australian ICT consultancy and management specialists XciteLogic won a coveted Rising Star Award. Between 2012 and 2013, the company grew by around 600% and increased its number of employees from 22 to 105. But it borrowed too much and made too little and, in 2013, it entered bankruptcy proceedings, as it owed nearly AU$4m to unsecured creditors, including Apple and HP. Around half its staff lost their jobs almost immediately.

In 2007, US entrepreneur Mark Pincus launched gaming company Zynga with plenty of business experience, but little in video gaming itself. By 2011, the company was so successful that it built its own data centres costing US$100m. The investment in new equipment couldn’t make up for Zynga’s lack of innovation in the games themselves. By 2015, the company was initiating redundancies and closed down its data centres.

Founded in 2003, Crumbs Bake Shop was once the biggest cupcake retailer in the world. Over the course of a decade the chain expanded to many different cities, with dozens of stores, but the growth was not sustainable. The high costs of maintaining physical stores, the declining cupcakes trend, and the company’s push to open new locations despite falling sales, ended up forcing the company to close most of its stores. The company was then bought out of bankruptcy in 2014, and a handful of new stores were opened, but it failed to improve profitability. All bricks and mortar shops were finally closed in 2016.