Microsoft should be commercialising a handful of TV white space projects in Africa in the upcoming months, according to Frank McCosker, general manager of affordable access for Microsoft’s Africa initiatives. 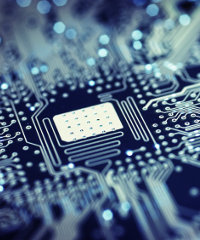 White spaces are the unused TV broadcasting frequencies in the wireless spectrum that can be used to deliver broadband internet. The wireless waves can travel 10kms in radius, making it ideal for targeting remote areas.

But, more importantly, the new technology provides a more affordable means of accessing the internet. Speaking to How we made it in Africa on the sidelines of last week’s AfricaCom event in Cape Town, McCosker said white space technology could potentially cut broadband access costs by over 50%.

Microsoft has launched a number of pilot projects in Africa, in collaboration with governments and industry partners. The goal has been to assess the commercial feasibility of delivering low-cost access using TV white space technology and demonstrate to regulators that broadband can be offered without interfering with the TV content of licensed spectrum holders.

Two months later it launched another project in Dar es Salaam in Tanzania, this time specifically focused on urban deployment and targeting universities. Similar projects were also introduced in rural Limpopo of South Africa, and in Koforidua, Ghana.

Most recently, Microsoft announced it had launched the world’s biggest TV white spaces pilot project in northern Namibia, consisting of a network deployed over a 62km x 152km (9,424 km²) area.

McCosker noted the projects have proven the new technology can be commercialised for both rural and urban centres at low-cost. However, while he is not at liberty to say which projects will be commercialised in the next 2-3 months, he explained the objective is to gain commercial licences for all of them.

“They have been experimental… But the intention is to go commercial on all of them. We have done it with commercial intent. We have told the regulators this, and they have said we have 12 months to prove to them that it doesn’t interfere with certain things.”

For the technology to be commercialised, there needs to be a deregulation of the white space spectrum and steps have already been taken by the US, UK, Singapore and New Zealand. McCosker hopes that as certain African economies see the benefits of introducing the technology, others will be encouraged to do the same.

“It’s quite interesting because there is some intra-African competition,” he noted. “But there are some people who want to be first-movers and there are others who like to watch and see first, and that’s true all over the world.”

However, he added there are fewer encumbrances to deregulate in Africa from a regulator’s point of view, due to there being less hot waves in the space.

“Typically they only have one or two TV channels, so they have 250 channels that aren’t being used already. In the US all of those could be used and then you are talking about using one or two TV white spaces. But in African markets we are saying they are not using it for anything, so why don’t they use it for this. So there is more openness to new ideas in that sense.”

The white space pilots fall under Microsoft’s 4Afrika initiative, which has focused on developing three core areas across the continent – skills, access and innovation. Some other projects include Microsoft’s Afrika Academy, which was established to develop both technical and business skills for entrepreneurship and employment.

According to McCosker, 4Afrika is a long-term strategy to grow Microsoft’s business on the continent. “If we look at the globe we have 650,000 partners. But in Africa we only have 10,000, so we have a serious capacity issue. That is why we started 4Afrika.”

Its aim is to invest in developing the business and IT skills and access that will lead to more demand for Microsoft products, he noted. “It’s an initiative to maybe make some market-making moves.”