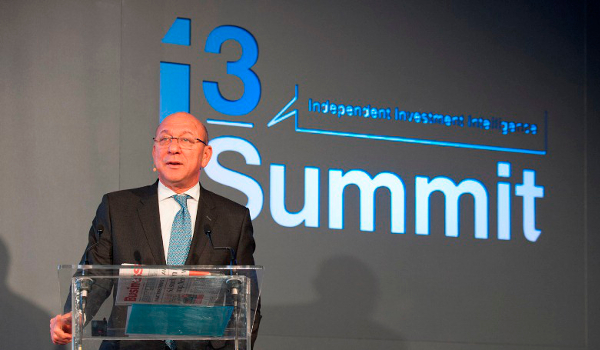 At the recent i3 Summit, hosted by Sanlam, former South African finance minister Trevor Manuel shared his views on the most important investment challenges that South Africa and Africa currently face – and offered a few solutions.

Manuel held up Ethiopia as one of the most dynamic economies on the continent. “Ethiopia is a poster child for ‘new economy’ development,” Manuel said. “The New Climate Economy Report shows that it’s possible to stimulate growth and reduce emissions at the same time.” Ethiopia is on the road to sustainable economic development with the well-designed urbanisation of Addis Ababa boasting, among other things, the first light rail system in Africa. It has transformed itself from a country associated with starvation to one with thriving agricultural and forestry sectors. Much of the infrastructure development comes from private investment.

The power of fund managers to grow South Africa

With South Africa sitting on 95% of the world’s platinum reserves, unearthing new uses for this precious metal could significantly contribute to an economic lift-off in South Africa. “Where will the next wave of investment come from?” Manuel asked. He encouraged fund managers to explore and invest in platinum-related research and development ventures, such as the hydrogen cell.

Furthermore, 60% of the world’s uncultivated arable land is on the African continent but only 5% of cultivated land is under irrigation. This is an opportunity waiting to be unlocked via infrastructure development, from roads to cold storage systems. Here too fund managers play an important role in economic growth, by buying the bonds that institutions like the African Development Bank issue to fund infrastructure development, so other opportunities can be unlocked.

Manuel pointed out that it’s still the private sector that contributes most to GDP, but the employment trend has flipped towards the public sector. “This provides us with a very real contradiction. Business in South Africa has no combined voice.” Unless there is a coordinated voice that advances everyone’s interests, real issues are not brought to the table.

“With the collapse of unions and an absent business voice, and labour and capital not talking to one another, our system is broken,” Manuel said. He highlighted the disconnect between job loss announcements in the mining industry and the wage demands by unions. “We need an organised voice of business to let government know which regulations make sense and which don’t.”

One of the levers mentioned by Manuel to expand economic opportunity is a well-oiled transport system. It’s not only road and rail that’s important, but also what happens at the border posts. “How we construct regional integration is important for us to go forward. We have the world’s oldest customs union that we share with Botswana, Lesotho, Swaziland and Namibia. But we still have a lot to learn from the movement in East Africa.”

As a continent we’ve made progress

According to Ernst & Young, one of the drivers of growth in Africa is a diversified economy. Here the African continent has made excellent progress. Only 5% of foreign direct investment in Africa now goes towards extractive industries. “Africa is no longer a mining continent. In fact, the world now tries to copy technology and financial developments from Africa, such as M-Pesa,” Manuel pointed out.