Africa is experiencing a boom in entrepreneurship due to proliferating internet and mobile computing technologies. Simultaneously African startups face the often life-threatening impediment of inadequate access to seed and early stage venture capital. Fortunately, a number of developments in other parts of the world point to the contours of an approach to solving that problem in a manner that necessarily starts out small, but that can eventually be scaled in a meaningful way. 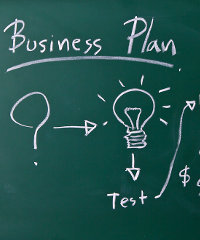 Various recent discussions about the environment for African startups suggest that they operate in an environment characterised by an acute lack of access to local and international angel and venture capital investors, a severe scarcity of local and international venture capital, and the presence of a large number of aid organisations focused on supporting an even larger number of technology enabled social change efforts that usually do not create financial wealth.

Pieces of the puzzle

The first piece of the puzzle to solving this problem presents itself in the form of remittances from Africans in the diaspora. World Bank estimates show that the volume of remittances is large and growing.

The second piece of the puzzle presents itself in the form of the global shift towards, and widening acceptance of crowdfunding as a legitimate approach to improving access to capital for entities that otherwise might not be able to raise financing through traditional avenues.

The third piece of the puzzle manifests in the form of legislation in the United States that makes it possible for small investors to begin investing in early stage investment opportunities that were previously only available to professional angel and venture capital investors, or high net worth individuals.

Examples of how the latter two elements discussed above might be harnessed to finance startups facing an otherwise uncertain path to funding already exist in Israel and the United States. Major elements of the legislation remain to be finalised.

A business model designed to solve the problem

The business model I am proposing rests on certain key activities that will be performed by an Africa-focused early stage venture capital fund established specifically to implement this idea.

The fund’s value proposition stated simply would be this: provide the most promising African startups with access to seed and early stage capital and a partner committed to their ultimate success, and provide investors from around the world with an opportunity to earn attractive monetary and financial returns.

This will not be an easy effort. The experience of an effort called the Startup Africa Fund proves instructive for the individual or team that seeks to implement this.

The idea of scaling the solution described above comes by way of competition – many more funds set up by other individuals specifically to copy and implement this model, and an increasing interest in investing in African startups from the global community of angel and venture capital investors currently unassociated with this effort. The durability of this approach is closely tied to successful outreach to the African diaspora aimed at steering a portion of remittances, and eventually foreign direct investments towards early stage African startups.

An Africa-focused seed and early stage venture capital fund that invests in technology startups and generates outsized returns for its investors is the surest way to get more investors paying attention to, and investing in African startups. Such a fund would generate jobs, create wealth for its various stakeholders and increase economic prosperity within the communities in which startups in its portfolio operate. In addition, some of the startups this fund would invest in would undoubtedly improve the lives of many people in Africa and elsewhere. With hard work and a little luck, a number among them might even change the world in the process.

Note: This article is adapted from a much longer discussion by the author under the same title that was published at Tekedia on 7 January 2013. Small sections of this article are identical to segments of the original article.

Brian Laung Aoaeh is an investment research analyst at KEC Holdings LLC, a venture focused investment fund based in the state of New Jersey, in the United States. He spends the majority of his time assessing potential early stage venture capital investments and monitoring startups already in KEC’s portfolio.