Over the last twenty years, the single biggest determinant of South Africa’s economic growth has been global growth. Given that South Africa is a small, open economy, this should come as little surprise. However, what this means is that to form an understanding of where the SA economy will be headed in 2015, we first need to examine global economic prospects before considering internal factors. 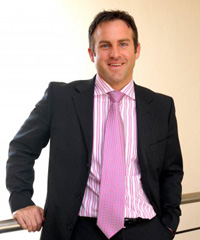 On this first point, the world economy is in decent shape, helped in no small measure by the slumping oil price. Specifically, given that the globe’s largest economies are oil consumers, rather than producers, the lower oil price is overwhelmingly positive for them. Perhaps the easiest way to illustrate the impact of the lower oil price is to liken the price fall to a tax cut for oil consumers. Notably, oil remains a major input in all modern economies, spanning a wide range of industries, including plastics, tyres, paints, fertilisers, heating and transport in almost all of its forms, including retail motorists. The lower oil price will enable buyers to divert their spending into other avenues that could range from higher investment spending to higher consumer spending. Not only that, lower oil prices keep a lid on price inflation.

The lower oil price has a more negative implication for emerging markets which, on balance, are oil exporters. For this reason, emerging market giants are likely to achieve mixed growth in the coming year. China is likely to maintain growth of around 7% and see ongoing growth in consumer markets, whilst India, under a Modi government, should also perform well, aided by ongoing reforms. Sadly, Brazil’s economy remains in a parlous state, with the recession of 2014 being dragged into 2015.

Overall, the underlying fundamentals for the world economy in 2015 translate into a decent engine to promote the SA economy this year. Moreover, with reasonable prospects for commodity and other exports and a lower oil price, the SA current account should also receive a fillip.

But, in addition to global growth, we need to consider internal factors to make sense of the prospects for 2015. In leaping into the realm of forecasting it equips us to remember the folly of forecasting: at the start of 2014, the consensus prediction for SA’s economic growth was 3.5%; the final outcome is likely to be just under 1.5%. This wide difference between expectations and outcomes is a result of a range of factors that were hard – or even impossible – to see at the start of 2014. As a case in point, it was impossible to foresee the unprecedented industrial action that gripped the economy – including a five-month platinum strike followed by a bruising strike in the steel industry – and the debilitating impact of that on the economy.

Returning to the task at hand, despite the healthy global economic fundamentals, SA faces some notable headwinds in 2015. Whilst our economy will benefit from the collapse in the oil price and the immediate lift that provides for the trade and current account balances, the energy deficit that we face over the medium term will remain a material constraint on economic performance. In addition, although commodity demand is healthy, commodity prices are under great pressure across the spectrum, from iron ore to oil.

On the upside, we expect consumer price inflation to moderate from pushing against the 6% upper limit of the target range to about 4.5% in mid-2015 easing the pressure on the South African Reserve Bank’s Monetary Policy committee to raise the key interest rate to quell inflation.

The current account deficit also could shift from a worrying 6% of GDP, to a more palatable 4% of GDP, which should lift some of the pressure on the rand. In addition, on a purchasing power parity basis, the rand remains fundamentally cheap and attractive. But for this to translate into economic reality, we need more robust growth and a sounder economic environment. Without a rise in productivity and a more disciplined fiscal setting, the rand is set to remain weak.

An aside on oil

Evident in the above is the meaningful impact the oil price has on near-term economic prospects. This raises the temptation to invest time and energy in figuring out “where oil is going”. Rather than falling for this temptation, it is worth spending a moment on the likelihood of being successful in forecasting. The Nymex crude oil price, which started 2014 below $90/barrel, was forecast to end the year at $94.65/barrel. It closed 2014 at $53.27 after peaking at $107.26 in June. It is impossible to say how sustainable this lower level is. Much is based on the political imperative of Saudi Arabia squeezing out shale production: at some price, drilling for shale oil will become uneconomical and the price will stabilise, perhaps somewhere in the region of $65/barrel.

When that will occur is hard to say given that that there are two fickle swing factors in play, including OPEC and Russia. To borrow from Winston Churchill “I cannot forecast to you the action of Russia. It is a riddle, wrapped in a mystery, inside an enigma.” Clearly, it is not possible to predict a reversal in the oil price trend.

Having said that, there are enormous gains to be had from the lower oil price, and they will be widely felt. On a more narrow basis there are certain losers, for example parts of the supply chain such as Sasol. For this reason, investors need to use the opportunity to reassess their portfolios on the back of this development.

With consumer price inflation likely to remain in moderate territory, interest rates are expected to stay flat. Under these circumstance cash will be more attractive than in 2014. But this is a modest achievement given the low interest rate environment of 2014. Relative to other asset classes in 2015, and once we have thrown inflation and tax into the picture, cash remains an unattractive investment.

The attractiveness of bonds may rise when interest rates fall, but in South Africa the bond market is frustrated by the country’s poor fiscal mix: the expected budget deficit has widened to 4.1% of GDP and tax revenue remains under pressure while demands on the fiscus continue to grow. Until we have firm evidence of more robust economic growth and greater fiscal discipline, we expect the bond market to remain in a stressed state.

The property market will benefit from better economic growth, the lower oil price, moderate price inflation and a stable interest rate environment. But, there is a caveat given the proliferation of property paper being brought to the Johannesburg Stock Exchange. We’ve seen this movie before. Investors need to be mindful of the nature and quality of the property assets in which they invest – not all the assets are of equal attractiveness.

South African equities as an asset class are fully priced and not a compelling investment. Using just about any metric – dividend yields, cyclically-adjusted price earnings ratios, price-sales ratios, price-cash flow ratios or price-book ratios – SA ranks towards the bottom of the table relative to global markets, making equities a poor investment option. However, it is critical to keep in mind that the index is exactly that – an index. There are pockets of great value to be found, which are masked by the All Share Index (ALSI) composition.

Some 50% of the index is accounted for by large industrial companies which are on very expensive multiples. These stocks are dear and became even more so in 2014. Momentum works very successfully – until it stops working. Rather than rely on momentum, it will equip investors to peel away the mask of “buying winners” and look at intrinsic value. Within the ALSI, large-cap industrial companies are dangerously expensive, resources are cheap, in spite of low commodity prices, while financials offer fair value. A place where we find particularly good value in this lumpy landscape include the likes of Pan African Resources, the specialist commodity producer; Sasfin, an established and profitable business on undemanding multliples; Metair, which continues to grow successfully into foreign markets; and Adcorp, which has a profitable South African business and a growing offshore business that investors seem to have overlooked.

All-in-all, South Africa goes into 2015 in a better state than 2014, with some positives on the horizon. However, severe challenges remain and only subdued economic growth can be expected. Once again, investors need to exercise caution in making investment decisions and focus more on the robustness of each particular business than any blue sky potential that may (or may not) exist.