There is increasing evidence of a growing consumer class in Africa. But who exactly is the African consumer, and how can companies tap into this market? At the recent Ernst & Young Strategic Growth Forum in Cape Town, panellists from some of the top companies operating on the continent today shared their thoughts about unlocking the potential of Africa’s emerging consumer. 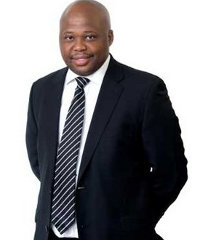 In 2011, the African Development Bank (AfDB) published a much cited report that defined the middle class as those with daily consumption of US$2-20 per day. According to the AfDB, in 2010 the African middle class accounted for 34% of the population, nearly 350 million people. Many commentators have, however, conveniently ignored that the AfDB divided Africa’s middle class into three sub-categories. At the bottom end is what the AfDB calls the “floating class”. These people spend $2-4 a day, and can easily slip back into poverty. About 60% of the middle class fell into this category.

It has been said that a more widely accepted definition of an emerging market middle class consumer is someone earning $13.70 per day. According to the AfDB, in 2010 there were just under 45 million Africans with consumption spending of $10-20 a day.

Mncane Mthunzi, an executive director at South African retailer Massmart, said companies should not be fixated on the definition of the African middle class. “For us retailers we use disposable income – do you have money that you can come to our stores and buy from our stores? [Whether] you got that money as a result of a grant, or your uncle has given you the money, or it is Africans in the diaspora posting the money to the continent, it really doesn’t matter.”

Gerald Mahinda, managing director of South African alcoholic drinks company Brandhouse, said the African consumer is everyone that has needs beyond their basic requirements.

The fact that sub-Saharan Africa has only a few modern shopping malls, also does not mean that people aren’t buying. “Folks are still buying, and they’ve been buying like that for hundreds of years… Unilever and people like that have been on the continent for donkey’s years,” commented Kofi Amegashie, head of Africa operations at pharmaceutical firm Adcock Ingram.

Amegashie explained that the African consumer varies, and includes the wealthy, the rising middle class as well as the rural customer. “There are different levels and you must treat them differently to be able to capitalise on the opportunities.”

He said that Africa’s wealthy are getting wealthier, but that some of this wealth trickles down to their family members and support staff such as gardeners and drivers. “I don’t think there is anybody in the diaspora here who doesn’t get a text on a Friday evening from some aunt somewhere in a village asking to have money be sent back to them.”

However, Adcock Ingram’s major focus is Africa’s emerging consumers and the middle class, a group Amegashie said is becoming more discerning. “They actually like brands, and they want quality, and they are the same anywhere on the continent.”

He explained that lower down the income scale, affordability becomes vitally important, with customers demanding value for money.

Amegashie added that companies ignore the rural consumer at their peril. He said that developing the right pack sizes and effective distribution strategies are crucial for companies looking to target low-income consumers. Innovative fast-moving consumer goods manufacturers have, for example, come up with single use packets and these have underpinned the profitability of these companies.

Martin Oduor-Otieno, former CEO of Kenya Commercial Bank and founder of Invest Africa, said that although rural consumers are often poor, there is money flowing into these areas from the wealthy and the middle class. “So there is money out there in the rural areas, it is just how you tap into it.”

Massmart’s Mthunzi noted that low-income consumers also often aspire to buy more expensive branded goods. “We assume that if people are in rural areas and townships we must give them private label goods or house brands, and the opposite is actually true… Consumers at the very low-end of the food chain, they aspire to be at the top-end, and they want to do exactly what people at the top-end do.”