“Women have always led, but we have always led from the rear,” said Nigerian philanthropist and former First lady of Nigeria’s Kwara State, Toyin Ojora-Saraki. 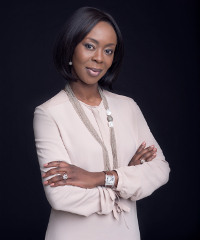 In an interview with How we made it in Africa, Saraki said that women should not see themselves as being in competition to men, but should rely on their own strengths to become leaders. She noted that many women on the continent are held back due to a limited belief of what they are capable of.

“A lot of us have grown up with cultures where strong women have worked very hard but they have not necessarily tried to rise because they have felt that leadership is the province of men… So I believe that our biggest challenge as women is to be able to step forward and to actually lead.”

However, she added that women leadership needs to start with education at a young age, with girls receiving access to the same educational and vocational opportunities as men.

Saraki is also the founder and president of the Wellbeing Foundation Africa, a pan-African maternal health organisation that aims to empower families by reducing mother and newborn mortality through childbirth and pregnancy.

The inspiration behind starting the organisation came when Saraki lost a child at birth in Nigeria some two decades ago. Her heartbreak led to the conviction that improvements could be made to public health infrastructure to prevent this from happening to other women. A look at 2013 statistics suggests that Nigeria alone faces about 40,000 maternal deaths a year, which is actually a decline from previous years.

Saraki studied law at the University of London and was later called to the Nigerian Bar. Prior to dedicating her life to philanthropy in maternal and child health she built a career in the private sector, initially as a lawyer, then as a banker and a property developer.

She noted that the growth of many African economies is providing great opportunities for the local population and advises young, aspiring entrepreneurs on the continent to start small, but “be ready to do big things to be successful”.

However, for Africa to realise its full potential, she said it has to first respect its own wisdoms. “Africa may be struggling but Africa is not a baby.”

According to Saraki, the best lesson she ever learnt was the importance of listening, particularly to older generations, a skill she started developing at age 13 when visiting the elderly as part of a school community project.

“Later on in life when my husband became a governor and I was with him in Kwara State, we discovered that a lot of our women associations were run and started by women elders. And the wisdom that they would pass down to the younger ones was absolutely crucial and invaluable,” she commented.

“So I think it’s so important to be able to listen. Of all the things I learnt in school, whether its public speaking or so on, I wouldn’t say any of it is as important as learning to listen [to others].”