There is a perception gap about doing business on the continent, says Dirk Hoke, CEO of Siemens’ Industry Solutions Division. 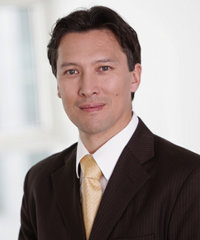 According to Hoke, who was previously in charge of the company’s African operations, the image of the continent portrayed by the media is often very gloomy. “When I first got this job, friends and business colleagues thought it was not a promotion, it was a punishment,” Hoke wrote in an article published in Ernst & Young’s 2011 Africa attractiveness survey.

“People were so worried about the Soccer World Cup in South Africa, but when they saw it was peaceful and well organised, the only thing they could complain about was the vuvuzela’s,” he added.

He said that there are various risks involved in doing business in Africa, and that it is essential to have a strong presence on the continent itself in order to identify potential hazards. “The risks are . . . high; they are manageable, but this can’t be done from Switzerland or London.”

Siemens sees strong potential in power generation and distribution. The company expects much of the newly installed electricity generation capacity to leapfrog old technology and go directly to renewable systems.

Hoke identified education, skills and talent management as some of the biggest challenges facing the continent. He noted it is difficult to attract and retain the right kind of people.

Siemens has been operating in Africa for more than 150 years, but has only recently established a unit specifically focused on the continent. “We didn’t have stable and permanent structures in many places, and we did not develop the local people in such a way that they could have a strategic career development path. Now we have six regional offices and an additional 10 permanent project offices.” The company has three main divisions – energy, industry and healthcare.