The case for investing in Africa has never been easy, and it is not an easy case now. But the fact is that there is a much better understanding of Africa’s diversity and Africa’s circumstances. It is not just seen as one homogenous continent. 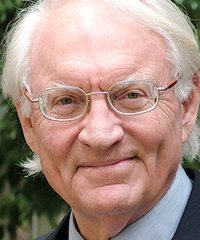 There are after all 54 independent countries in Africa and all of them are different, all of them aspire for recognition, all of them want to attract foreign investment, foreign tourists and foreign business. And one further observation. Whereas ten years ago South Africa was the gateway to Africa, with Johannesburg as the equivalent of “the big apple” that New York is to the US, that has changed. Nairobi, Lagos, and Abidjan are as important as Johannesburg in coming into Africa.

Africa’s overall expected growth this year at 5.5% is obviously very impressive compared to the sickly European economy and even the US. The main reasons for Africa’s growth is that it is a source of natural resources and that the price and demand for natural resources has been strongly driven by China and other major developing countries’ phenomenal growth.

The second reason is the quality of Africa’s macro-economic management – which has improved dramatically, as has the quality of economic leadership in African governments. And another explanation for this sustained growth has been that debt levels have been low in Africa.

But for all these reasons, there is no doubt that perceptions of Africa have changed, and with those perceptions is an increasing investment and business appetite. To quote Donald Gips, US ambassador to South Africa: “This rising prosperity in Africa will open new markets for American goods and create jobs in both regions. More and more people understand that the 21st century will be the African century.”

While a strong case can be made for Africa’s changing perceptions in the world and its enhanced economic performance, the fact is that one critical need in Africa is for greater regional integration. In fact Ernst & Young in their excellent Africa report for 2012 Reaching Out concluded that the single biggest priority as far as Africa is concerned over the next decade should be the acceleration of the regional integration process. It goes on to say that: “Simply put, if this process does not intensify, Africa will remain structurally marginalised in the global economy and African countries will struggle to attract a greater share of foreign investment.”

African integration is needed for some obvious reasons:

In building regionalism it is not a case of starting from scratch. A regional integration process has been on the agenda for many years. The 1991 Abuja Treaty divided the continent into five regional areas. North Africa, West Africa, Southern Africa, East Africa and Central Africa. This was in preparation for establishing the combined African Economic Community (AEC) in six phases over thirty-four years. The ultimate result ambitiously envisaged would be an economic union with a common currency, full mobility of factors of production and free trade among all countries on the continent. Achieving something like the EU was obviously very ambitious; and while some progress has been made in creating regional blocs, much more needs to be done.

Incidentally, the most advanced regional economic community is the East African Community, which includes Kenya, Tanzania and Uganda, with Burundi and Rwanda joining in 2007 to complete its current membership of five countries. The East African Community has established its own customs union, a common market, and according to reports good progress has been made towards implementing the free movement of labour, capital goods and services. This therefore is a market of close to 150 million people, with a combined GDP approaching US$100 billion and an economic growth rate in excess of 6% over the past decades.

The East African Community therefore sets a standard that challenges other regions in Africa. But much more can be done with bilateral agreements between different countries. In this way, the foreign investor interest in Africa will significantly increase.